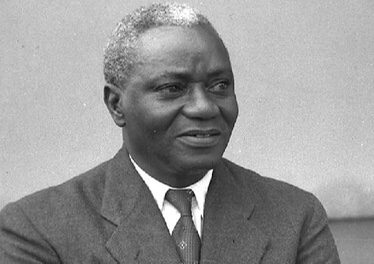 86
SHARES
475
VIEWS
Share on FacebookShare on TwitterShare on WhatsApp

The subject of Ghana’s founder (s) is unequivocal and a matter undisputed historical record and no amount of present-day scheming will succeed in revising history. This is the view of veteran journalist and Managing Editor of the Insight Newspaper, Kwesi Pratt Jnr.

He holds that the frontline founder’s role of Ghana’s first president, Osagyefo Kwame Nkrumah, and the then Convention Peoples Party (CPP) are well documented in history books.

On the subject of how Ghana got its name, he submitted: “Go back to history, J. B. Danquah’s proposal for naming Ghana, J. B. Danquah proposed that what we know as Ghana today, should be called Akanland. Akan land, go and check the history.

According to him, for present-day Ghana to become the nation-state that it is today, it took a number of separate territories to unite thanks to a referendum by Kwame Nkrumah and the CPP.

“These people (the Danquah – Busia) don’t even know their history. Ghana, as we know it today, was put together piece by piece. In the colonial era, Ashanti was not part of modern-day, the Northern territories, Trans Volta Togoland were not part of Ghana,” he added.

Even with the CPP-led referendum, Pratt noted that JB Danquah expressed opposition especially to the inclusion of Western Togoland in the constitution of the new state of Ghana.

“What was JB Danquah’s position? These Danquah Busia elements supported Tolimo which was led by SG Antoh, which said that that part of the country should not become part of Ghana. How can they be founders of Ghana when they did not want German Togoland to become part of Ghana?” he quizzed.

He furthered that incidentally after the referendum had passed and a new nation was born, years on when Busia became Prime Minister in the second republic, he nominated SG Antoh as Ghana’s ambassador to Togo.

On the subject of Nkrumah’s birthday and a Founders Day being observed separately, Pratt insisted that 21st September will forever remain Founder’s Day for himself and others.