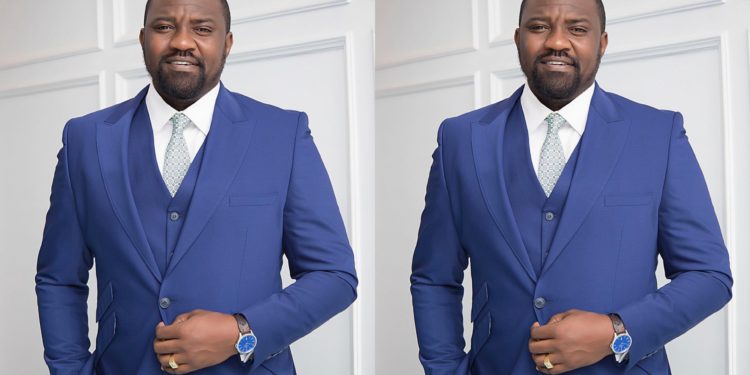 492
SHARES
2.7k
VIEWS
Share on FacebookShare on TwitterShare on WhatsApp

Actor and Politician John Dumelo has said he is willing to give some bags of Cement and desk to the chief of Aflao to help with the final completion of the E-Block in his area.

The Paramount Chief of Aflao in an earlier video had said it’s sad how an almost completed school in his area has been abandoned by the government.

He stated the difficulty students in the area are going through because of lack of a School around.

However, speaking on Peace Fm, Akufo Addo blatantly said if the chief is frustrated he can go ahead and finish the school himself as he the chief was in no position to call on his government to complete the school.

The distasteful comment by Akufo Addo has gone viral with government appointees struggling to defend his childish behavior.

Considering Akufo Addo a few years back was on his knees begging for him to be tried to, it’s interesting how his party will survive after his tenure since he seem not to care because he is done serving his term.

John Dumelo took to social media to pledge his readiness to support with the finishing of the school.

If the President is saying Togbe Fiti should complete it himself, no problem. I will donate 100 bags of cement to the Paramount Chief to start the completion process. https://t.co/Jy5JqlwWJB