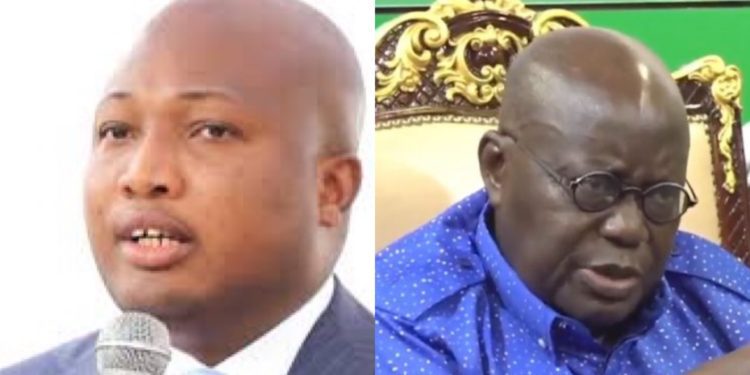 37
SHARES
207
VIEWS
Share on FacebookShare on TwitterShare on WhatsApp

The Member of Parliament (MP) for North Tongu in the Volta Region, Samuel Okuzeto Ablakwa, has taken on President Nana Addo Dankwa Akufo-Addo for asking the Chief of Aflao, Torgbui Adzongaga Amenya Fiti V to go ahead and complete the Afloa E-block in his community if he is frustrated about the delay the project has suffered.

The Chief is reported to have given an ultimatum to the Minister of Education to complete the project.

However, President Akufo-Addo in an interview on an Accra-based radio station, Peace FM questioned if the chief has the power to give such an ultimatum to the minister.

He thus asked the chief to complete the project if he wants to.

But the North Tongu lawmaker finds the President’s comments as disrespectful and condescending to the chief.

According to him, the President used intemperate language that should not be coming from him as the person expected to strengthen national cohesion.

“Our revered chiefs and custodians of our proud traditions deserve utmost respect at all times regardless of which part of the country they exercise their authority.”

“The venerable Torgbui Adzongaga Amenya Fiti V and the people of Aflao deserve an immediate retraction and apology from President Akufo-Addo.”

He added that the chief should rather be commended for speaking out and not to be disrespected.

“No chief anywhere in Ghana should be spoken to with such derision, disrespect, and condescension.”

“Torgbui Fiti V rather deserves commendation for his courage in speaking out against the reckless wasteful culture of abandoning inherited projects.”

On the same issue, the Ranking Member on the Education Committee of Parliament, Peter Nortsu Kotoe has also asked President Akufo Addo to apologise to the Chief.

According to Mr. Kotoe, chiefs are not mandated to complete government projects.