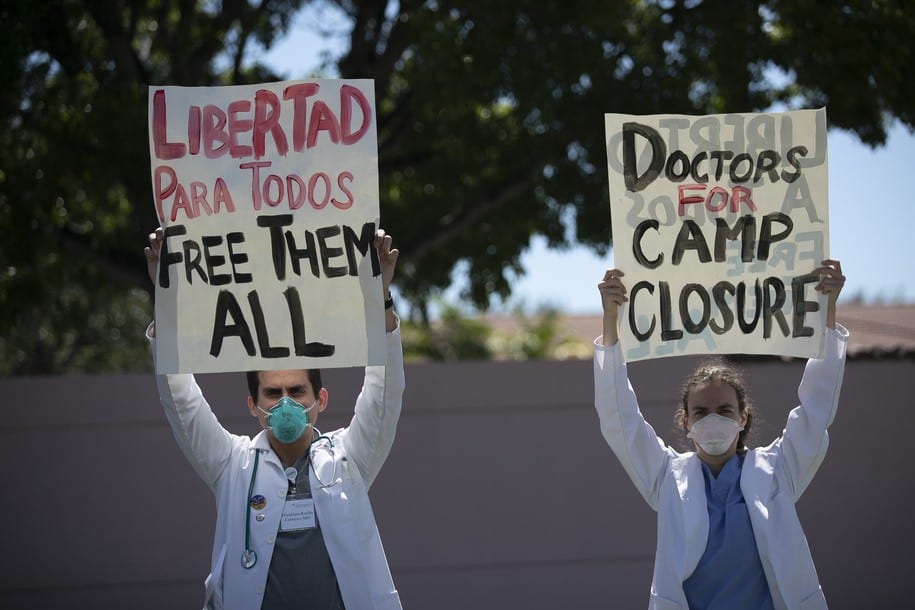 A medical expert in the lawsuit filed by the Immigration Clinic at the University of Miami, the Southern Poverty Law Center, the Rapid Defense Network in New York, the Legal Aid Service of Broward County, and law firm Prada Urizar last month said that “hundreds, and potentially thousands of people will become infected, and many will die” in facilities like Krome Processing Center, Broward Transitional Center, and Glades County Detention Center if the courts don’t force ICE to act. Since the lawsuit’s filing, ICE has said nearly 500 detainees have been confirmed positive for COVID-19.

Cookes’ “order also comes eight days after federal Magistrate Judge Jonathan Goodman, who was asked by Cooke to take evidence in the case and report to her, filed a 69-page recommendation stating that ICE should ‘substantially’ reduce detainee populations as COVID-19 positive cases continue to climb behind bars,” Miami Herald continued. Advocates who have assisted in the litigation described a horror show inside the Florida facilities.

“I spoke with several men via Skype and telephone from inside of the detention facilities, and they were petrified of contracting COVID-19, or even already displaying COVID-19 symptoms,” second-year Miami Law student Meredith Hoffman said late last month. “They had received no responses to their medical requests, no gloves, and no masks. They remain confined in close quarters, making it impossible for them to social distance. ICE should release them immediately.”

That’s what ICE should do, but Rebecca Sharpless, director of the Immigration Clinic at the University of Miami, told Miami Herald “the worry is that ICE will instead evade the clear intention of the court by transferring people to other detention centers.” What can happen then has already been devastatingly clear: BuzzFeed News reported this week that 21 out of 72 detainees who were shuffled from hard-hit facilities in Pennsylvania and New York to a facility in Texas have tested positive for COVID-19. None were tested before being loaded onto the flight.

Paul Spiegel, director of the Center for Humanitarian Health at Johns Hopkins Bloomberg School of Public Health, criticized the agency for its deadly incompetence, and said the best way to reduce ICE population sizes is not by moving them around, but by releasing them. “They shouldn’t be putting people on planes and buses where we know there can’t be a 6-foot rule,” he told BuzzFeed News. “The longer the trip, the more chance of getting infected. We may not be able to definitively say people were infected because of this but there is a decent likelihood that was the case.”

CNN's Erin Burnett asks: Why would they release this photo now?

CNN's Erin Burnett asks: Why would they release this photo now?