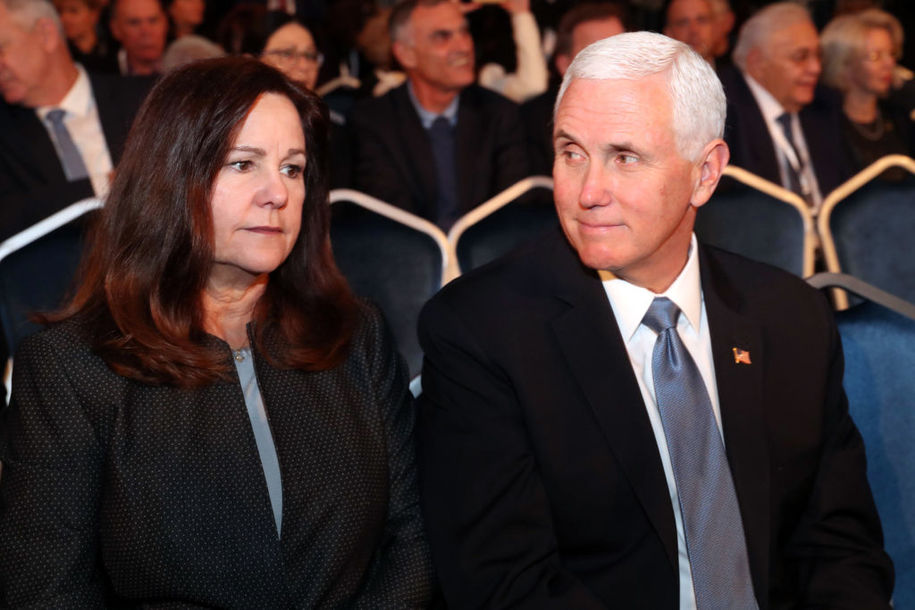 Asked about why he made the decision not to wear a mask when it was clearly hospital policy and he was the only person not wearing one, Pence told reporters (seen in the clip below) that he is regularly tested, so no need for a mask! His exact quote:

And since I don’t have the coronavirus, I thought it’d be a good opportunity for me to be here, to be able to speak to these researchers, these incredible healthcare personnel, and look them in the eye and say ‘thank you.’”

Let’s unpack that real quick. First of all, doctors nationwide absolutely blasted Pence’s decision not to wear a mask as “dangerous & disrespectful.” Dr. Vin Gupta told MSNBC: “The vast majority of individuals that we think are likely transmitters of the disease have no symptoms. You basically have a bunch of people feeling great who think they don’t need to follow the rules.”

Secondly, the mask does not prevent you from speaking. If you are reading this at home and have worn a mask recently, you know that people can hear you perfectly fine. Pence didn’t seem to have a hard time understanding people who were talking to him while following the hospital’s stringent mask policy.

Finally, and I can’t believe I have to say this, but the mask is not worn over the eyes. The vice president would have no problems looking people right in their eyes and lying through his teeth as he normally does.

As the brouhaha has continued to roll two days later, the vice president’s office sent out a heavy hitter to clean up. Enter Karen Pence, the evangelical wife of Mike Pence. She appeared on Fox News (where else?) to offer a new explanation for why her husband disregarded the hospital’s policy. This time they want to convince people they just didn’t know about the policy.

On Fox & Friends, Karen Pence defends her husband for not wearing a mask at the Mayo Clinic, claiming he didn’t know they had a mandatory mask policy until after he left. pic.twitter.com/c6IgVhEqng

OK, Karen. Can you imagine the gumption it takes to go on national television to sell that lie? Just two days ago her own husband told reporters he didn’t feel the need to wear one because he is so frequently tested. When asked whether it was a mistake, Mike Pence’s spokesperson Katie Miller flatly said, “We don’t feel it was a mistake.” told He didn’t wear one because he thought it was important to look people in the eye. And for the record, reporters are speaking out to note that they were all told about the policy. And even if Mike Pence wasn’t explicitly told it was a hospital policy, don’t you look around and have the self-awareness to know you are the only person not wearing a mask? Seems like any basic human would think, hey—don’t I need a mask too?

But he didn’t. Why? The most likely answer is toxic masculinity. One of the key behaviors seen in toxic masculinity is “maintaining an appearance of hardness.” It runs deep in the Trump administration and most of the key players. Surely Donald Trump himself would’ve mocked or berated Mike Pence if he’d been widely photographed wearing a mask. There is nothing Donald Trump despises more than weakness (in others).

At the end of the day, it’s easy to see how the Pence family so fully integrated into Trump world. They might have arrived at this point in history through very different paths, but their ability to lie, twist, and spin uniquely bonds them. Personally, I’m waiting on the next chapter for these two couples. The inevitable uncoupling is going to be one hell of a show.

Thank you for your service, Jared Kushner (opinion)

Thank you for your service, Jared Kushner (opinion)