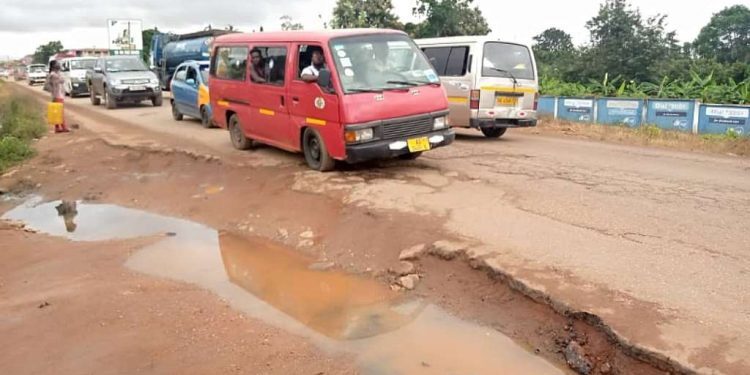 81
SHARES
451
VIEWS
Share on FacebookShare on TwitterShare on WhatsApp

The Ashanti regions remains the backbone of the NPP but after years of trusting the party with their votes, little is being done to alleviate the plight of the people in Kumasi and its environs.

Residents of the Ashanti Regional capital of Kumasi are livid that they have Members of Parliament(MPs) and other political appointees who are mediocre in their thinking.

The residents are of the view that the former Garden City of Ghana is fast deteriorating in beauty and relevance but leadership sits aloof and watches things go sour.

Their complaints bothered on litany challenges within the Ashanti regional capital including its roads, streetlights, water, and even the siting of buildings.

These views were expressed on Kumasi-based Pure FM when listeners were given the opportunity to express their sentiments and prefer solutions to ensuring that this menace is given the needed attention.

Whiles some believe that there is hope and that things will get better, others are pessimistic because if the New Patriotic Party (NPP) which they have voted for all these years have failed to give Kumasi the needed facelift, they doubt any other political party will be willing to provide that needed backing to the Ashanti region.

For me, I don’t know what can change here. The youth should save up money and apply for Visa and leave because nothing will change in this town. Things have stagnated, no development and that is extremely worrying,” one resident said in a voice note.

“Look at our roads, there are no street lights at night but we have Members of Parliament and other leaders here who need to oversee the growth of the region. It’s very worrying that Kumasi which is the second-largest city in Ghana has been left to rot. It’s sad,” another resident angrily said describing Kumasi as a village.

“Our MPs get the nod and leave here to stay in Accra so what do you expect of us? We will wallow in abject poverty and underdevelopment whiles they continue to enjoy with their families. Kumasi for me is a village and no one can dispute that,” another resident who was concerned about the poor state of the development said calling on the leadership of the region to act.

To some of the residents of the Ashanti regional capital especially, they have decided that voter apathy will be their next option considering the fact that they cannot vote for any other political party than the NPP.

Until the needed steps are taken to address these challenges in the Ashanti Regional Capital, residents will continue to complain of the failure of leadership especially the Nana Addo Dankwa Akufo-Addo administration.