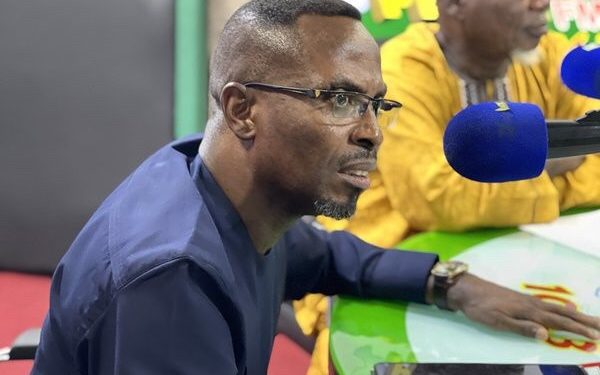 82
SHARES
457
VIEWS
Share on FacebookShare on TwitterShare on WhatsApp

The noise of Former Central regional minister Kwamena Duncan on peace Fm seem to have paid off after his new appointment by Akufo Addo to serve on the Board of DVLA was revealed.

President Akufo-Addo according to report has nominated Kwamena Duncan who served as a the Central Regiona Minister from 2018-2020 to serve as the government’s representative on the Board of the Driver Vehicle Licensing Authority (DVLA).

The board which has representatives from the Ghana Police Service, The Armed Forces, Garages Association, Customs, Ghana Revenue Service, the National Road Safety Commission and the Ministry of Transport is chaired by Lawyer Frank Davies, who was Akufo-Addo’s lawyer in the 2020 petition.

Kwamena Duncan who was booted out as regional minister in Akufo-Addo’s second term will serve as the Government nominee on the board.

Mr. Duncan was replaced by Mrs Justina Marigold Assan, who was a Municipal Chief Executive for Agona West Municipality under Kwamena Duncan.

Mrs Assan is only the second woman to occupy such a portfolio in the region after Mrs Ama Benyiwa-Doe of the National Democratic Congress (NDC) since the commencement of the Fourth Republic in 1993.

Kwamena Duncan after he was denied a second term resumed his usual Kokrokoo Morning show appearance on Peace FM to re-catch Akufo-Addo’s eye.

Akufo Addo is the Worst President in the History of Ghana, I don’t believe in Akufo-Addo; he is a liar; he’s a business collapser- Ajumako Chief