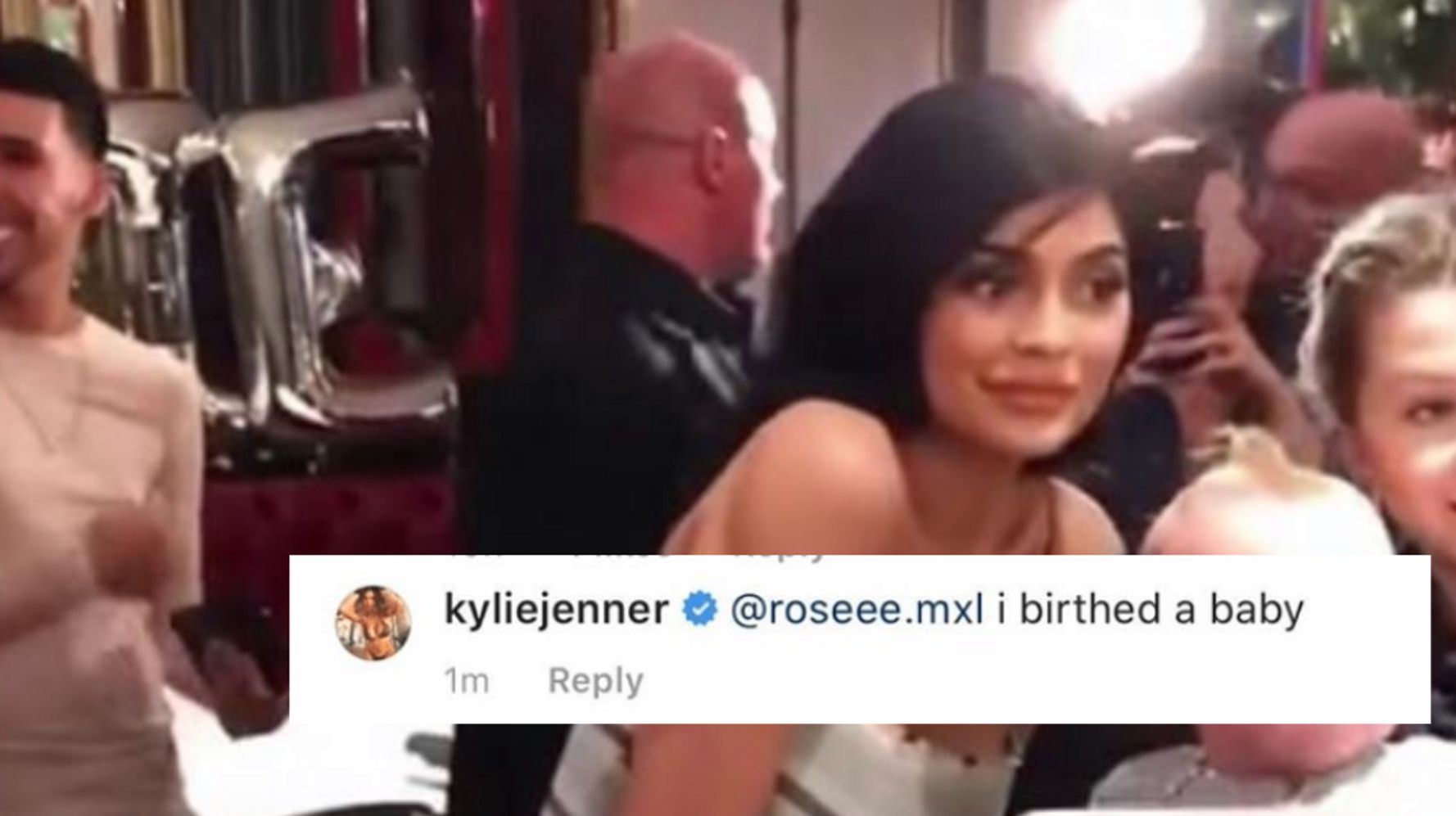 Kylie Jenner just shut down some body-shaming trolls with one line.

The 22-year-old makeup mogul was tagged in a video posted earlier this week on an Instagram page dedicated to her, @kyliesnapchat. In the video, she’s taking pictures with fans during a Sugar Factory store opening in 2017.

While one commenter wrote under the video, “wow she’s so skinny here 🤗 🤗 🤗,” another responded to that comment by saying, “she was better.”

Not missing a beat, Jenner slid into the comments section and replied, ”[I] birthed a baby.” Comments By Celebs, an Instagram account dedicated to the Instagram activity of the stars, screenshotted the interaction:

In 2018, Jenner gave birth to Stormi, her daughter with rapper Travis Scott. She’s since been candid about the body-shaming she’s been subjected to, and the way pregnancy changed her body.

In an interview with Vogue Australia in September 2018 , Jenner also shared that having a daughter “definitely changed” her. Now, she said, ”[I] love myself more and accept everything about me.”

“It’s just having a different outlook on life so I can pass that on to her. I want to be an example for her. What kind of example would I be if she said she didn’t like her ears, and then I didn’t like them either? I just want to teach her that. I’m trying to love myself more,” she told the publication.

Tags: body shamingInstagramkeeping up with the kardashiansKylie Jenner
Previous Post

Life under lockdown for parents of children with special need