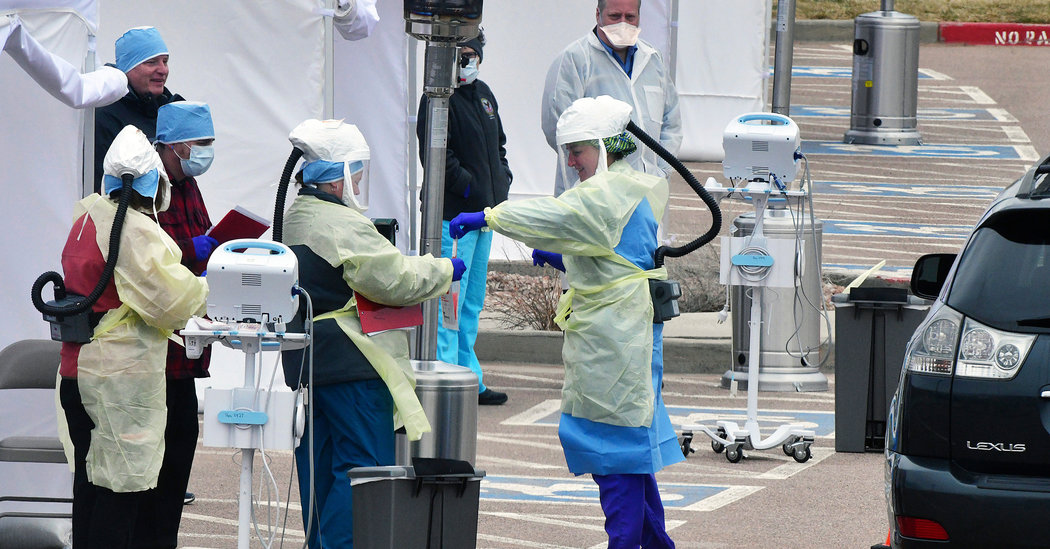 He noted that, like workers in many health care centers, those in veterans’ facilities are using their N95 masks for days at a time, storing them in paper bags when they are not working. “They say they are working on refurbishing them,” Mr. Gearhart said.

Workers have no access to coronavirus tests and are not called when a colleague becomes sick to try to ascertain if they have been exposed, he said. “It feels like our lives and our families lives and veterans lives don’t matter here,” Mr. Gearhart added.

John Mechanic, a union representative in Mississippi, received masks from a friend who has a lawn care business, and he delivered them to a V.A. community clinic in Mobile, Ala., where at least one worker had gotten sick after screening patients.

“We begged for P.P.E., and they said they didn’t have any to give us,” said Myoshi North, who worked at the front desk of the clinic, referring to personal protective equipment. She said that she was now ill.

In Georgia, a man was arrested last week for trying to defraud the Department of Veterans Affairs by offering to sell $750 million in nonexistent protective gear. In Oregon, a radiology technician filed a whistle-blower complaint after he said he was exposed to a patient that he was not told had the virus.

The hotline for the department’s inspector general has been receiving dozens of calls from health care workers complaining about a lack of protective gear, officials said.

“What the V.A. Administration is saying to the public about safety is, quite frankly, not true,” said Alma Lee, the president of the American Federation of Government Employees National Veterans Affairs Council, which represents 260,000 department employees. “Our members don’t have adequate P.P.E., appropriate leave policies, hazard pay or widespread telework. This has to change.”