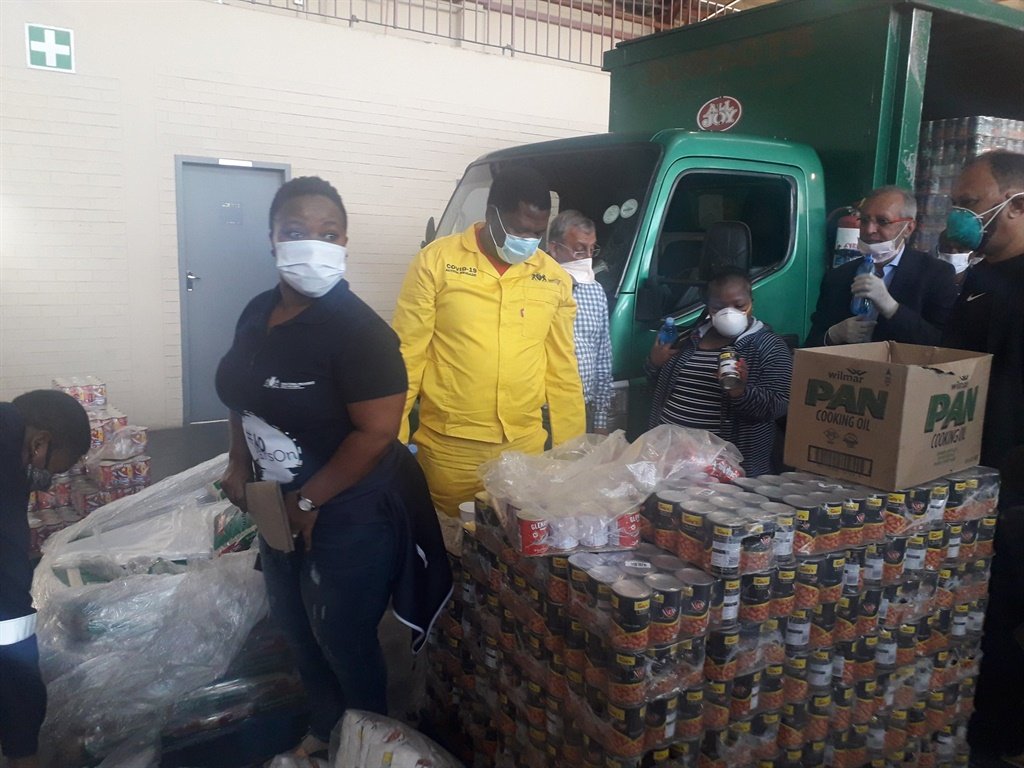 The Gauteng provincial government has put forward R80 million toward a feeding scheme to fight hunger during the lockdown – and the province will receive an extra R43 million from the national government for relief efforts.

He, however, warned those who wanted to disrupt the initiative and chance-takers to stay away from the department’s plan to distribute food parcels to the needy.

Lesufi was speaking at a food bank facility in Booysens on Wednesday.

He said the department would be deploying social workers to look over the distribution of food parcels, and to ensure that some families aren’t receiving more hampers than others.

He added: “Today alone, we are receiving stock worth over R2.5 million. We are serving 2 000 families per day in Gauteng. Our target is to push that to 5 000 per day. With the stock that just arrived, we really believe we can push the numbers,” Lesufi said.

Organisations and private companies have donated various critical items to the provincial food banks which are situated in three metropolitan municipalities.

“This is the heartbeat of a poverty fighting mechanism. We can’t as the government alone fight this poverty. We have partnered with businesspeople since we made a call and they have made huge contributions.

The province’s aim is to sustain all those who are being supported by the government.

“In the poverty fighting strategy in Gauteng, our target is people [who] don’t get social grants, those who don’t earn and those who are sick and vulnerable.

“We want it to be systematic and start with those who are vulnerable and remain vulnerable beyond 21 days. If we have additional support, we will take care of those going through difficulties because of the performance of the economy.

“Those people have alternatives of applying for loans and requesting for holiday period payments. But the poorest of the poor don’t have that option. Those are the ones we believe we need to bring closer, identify and provide with support,” said Lesufi.

He added the department had noticed there were duplications of registrations for food parcels from NGOs, individuals and other organisations.

“As a province, we don’t want to stop people from assisting. We want to co-ordinate because if we don’t do that we will double dip and create problems.

“We had a problem in Alexandra on Tuesday, where someone promised people food and didn’t pitch and 3 000 arrived looking for food. We and our partners were not part of this and we have to go there and intervene.

Collins is sticking with Trump and McConnell

Collins is sticking with Trump and McConnell