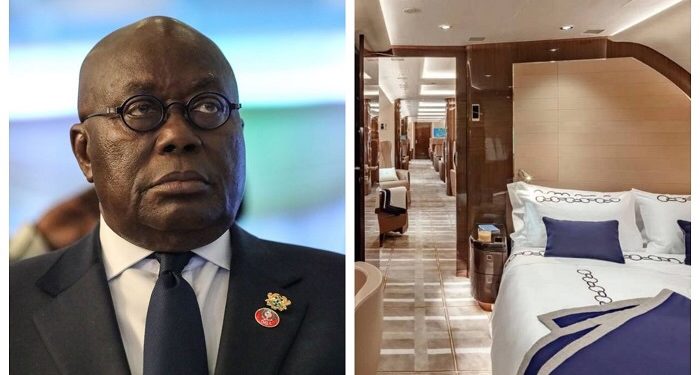 316
SHARES
1.8k
VIEWS
Share on FacebookShare on TwitterShare on WhatsApp

In June this year, Member of Parliament for North Tongu Samuel Okudzeto Ablakwa revealed that President Akufo Addo in traveling to an African Summit in France abandoned Ghana’s Presidential Jet to rent a luxury Jet which cost 17000 euros an hour.

From the onset, government communicators denied anything of such but when it became impossible to spin, the Defense minister Dominic Nitiwul said the President could not bath in the Presidential Jet hence their decision to rent a luxury one for the President to be able to bath while airborne,

All attempt to have the government come clear on the matter has proved futile with the Minister of Finance playing Monkey games with the Taxpayer.

The source said the reason behind the finance Minister not giving out the figure the President spent was because they knew Ghanaians would not take it easy knowing a President who promised to protect the public purse is rather destroying it.

We have intercepted highly classified documents about the President travel we are interrogating and we will be releasing them to the general public soon.