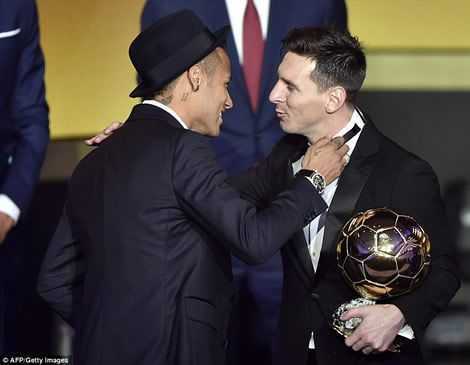 Former Villarreal star Marcos Senna is convinced Barcelona legend Lionel Messi is the best player in the world, but feels Neymar can start to win Ballon d’Or awards in the future.

Brazilian-born Senna, who made 28 appearances for Spain, enjoyed a distinctive 11-year career at the Yellow Submarine, and played against Messi and Neymar at Barca on many occasions.

The 43-year-old feels there isn’t a player in the world that could currently surpass Messi’s ability, but says PSG star Neymar could claim football’s greatest individual gong in the future if his body stays fit.

“For me, [Messi is] the best in the world, individually,” Senna told Goal. “There’s no one better than him. He is the man.

“Neymar is a complete player. He is Ballon d’Or worthy, but he needs more luck due to the injuries.

“Lets see what happens now, I’m cheering for PSG in this Champions because for me, Neymar is Ballon d’Or worthy.”

Senna made 365 appearances for Villarreal, scoring 33 goals and creating 16 assists.

With the Yellow Submarine sitting in eighth spot when La Liga was halted due to coronavirus, Senna thinks the team can qualify for Europe but admits it will hard to finish in fourth position to qualify for the Champions League.

“There’s 11 games to play and our hope is that Villarreal can start a good streak of victories because we still have possibilities of reaching a Europa League spot,” Senna said. “[Reaching the] Champions League is more difficult but it also can happen.”

Senna played four seasons with fellow Villarreal icon Santi Cazorla, who was struck down by chronic injuries at Arsenal in the prime of his career.

Cazorla’s recovery and successful return to the Estadio de la Ceramica was lauded by Senna, who praised the playmaker’s ability to bounce back from the brink.

“Santi really had two very difficult years, but he was able to recover,” Senna added. “There were lots of people who didn’t think he could make it, but he could after all.

“Villarreal gave him the opportunity and he took it. He was great last year, he is a Villarreal legend. He is not only technically gifted, but also has great charisma. I don’t know what is going to happen at the end of this season. But he’s helped us so far, always playing at the top level.

“I hope he can hold on physically and I hope he can stay at least one more year with us. It only depends on him and I’m sure he would love to stay.”