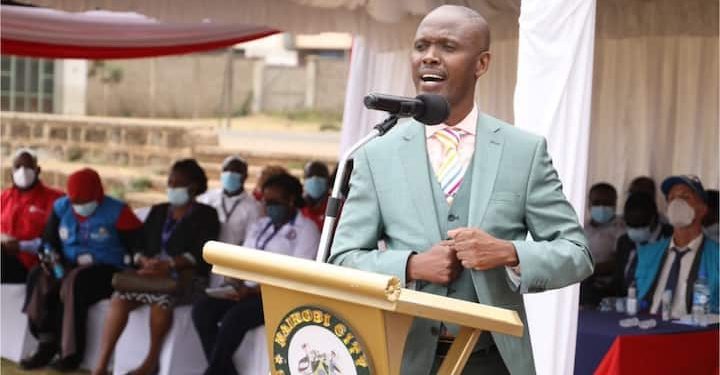 350
SHARES
1.9k
VIEWS
Share on FacebookShare on TwitterShare on WhatsApp

Police officers who stormed Kenya’s Nairobi City Hall to arrest the county’s acting secretary Dr Jairus Musumba over alleged corruption missed him by an inch as he jumped through the window and vanished into thin air.

The officers were deployed from the Directorate of Criminal Investigations (DCI) on Monday, November 1.

According to Tuko.co.ke, they were drawn from Central Police Station with a clear order to arrest Dr Musumba.

However, after spotting the law enforcement officers, the suspect dramatically fled and then switched off his phone.

Well, it appears Musumba can run but cannot hide. Central Police OCPD Adamson Bungei said his escape was tantamount to a suspension of a fate he is bound to suffer.

We are looking for him, he won’t escape from us, he must be brought to book as soon as possible,” Bungei said.

He has been urged to voluntarily submit himself to the police because once he is on their raider, they will deploy all possible means to arrest him to answer for the alleged corrupt offences.

The Ethics and Anti-Corruption Commission (EACC) and DCI have been pursuing several staff members from City Hall have over malfeasances at the Nairobi county headquarters.

Man, 27, jailed 18 years for defiling and impregnating a 13-year-old sister of his fiancee

Man, 27, jailed 18 years for defiling and impregnating a 13-year-old sister of his fiancee