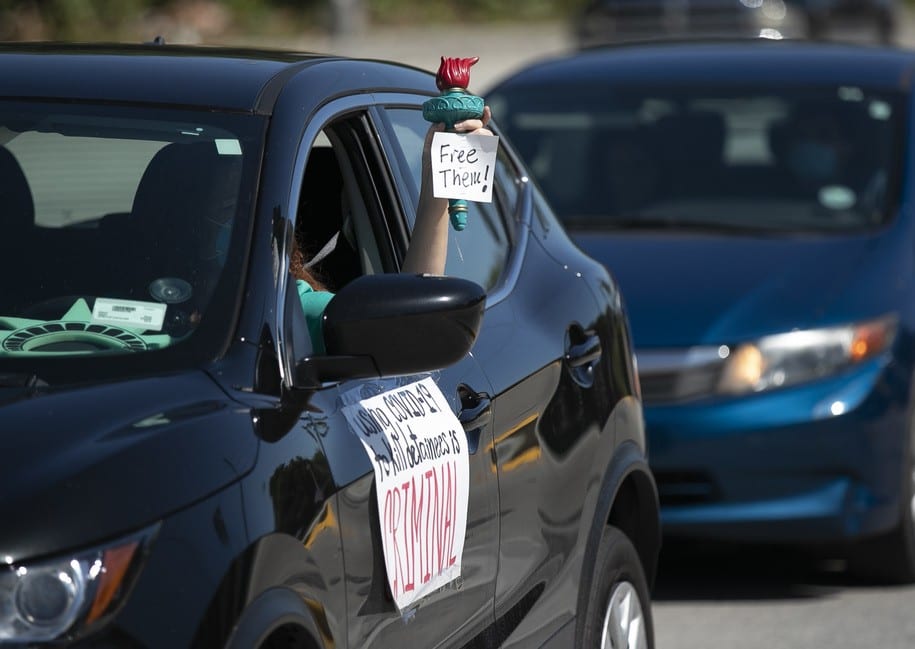 “The lead plaintiffs in the case include a Cuban couple, a 19-year old Guatemalan woman who has been separated from her younger brother for ten months, and a Honduran woman who has been separated from her husband for nearly four months,” the group continued. “One plaintiff is diagnosed with HIV and another has severe asthma. All are threatened by conditions at the detention centers that make it impossible to take the steps necessary to protect their health and safety in custody.”

The ACLU said that facility officials at first claimed to Judge Dana Sabraw that they identified only eight at-risk people, but just a day later “filed a supplement with the court saying they ‘acquired new information’ from ICE that ‘51-69 ICE detainees’ are at ‘higher risk for severe illness due to COVID-19,’” the statement continued. The San Diego Union-Tribune reports that 95 have now been recommended for release; however, only two so far have been freed as of May 4, with advocates expecting a much larger number to be out by the end of the week.

As we noted last week, Otay Mesa has been hardest hit of all immigration detention facilities, with ICE reporting more than 100 confirmed cases among detainees and 10 among workers as of May 4. ICE should have been taking every necessary step to mitigate risk yesterday, but is now only doing so because of litigation. In fact, “ICE has ignored the warnings of even its own medical experts, who for months have been cautioning against the perils to public health if the agency fails to take meaningful preventative measures,” the ACLU said last month.

It’s not just detainees and advocates condemning dangerous facility conditions, either. Two guards who sued CoreCivic, the private company running Otay Mesa, last month “echo many of the complaints that have been reported from detainees and inmates,” The San Diego Union-Tribune reported, “including that they did not have access to soap because the dispensers ran out and were not refilled and that they were given dirty rags to clean their housing units even during the pandemic.”

“We will vigilantly monitor compliance with this order because it is clear that, left to their own devices, ICE and CoreCivic cannot be trusted to care for people in their custody,” Monika Langarica, immigrants’ rights staff attorney with the ACLUF-SDIC, said in the statement regarding the release of vulnerable populations. “And we will continue fighting on behalf of all vulnerable people in jails, prisons and detention centers during this global pandemic.”