Moving from aspirational bullshit to reality 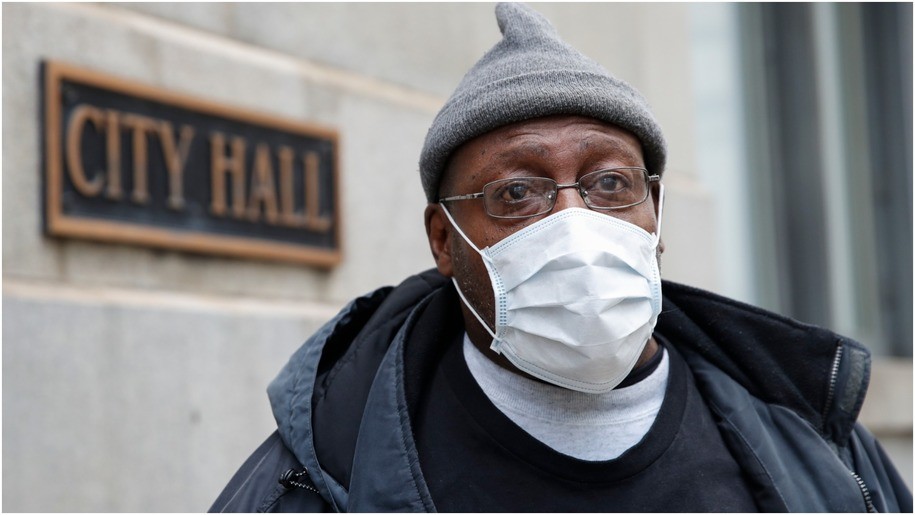 ZINGER: Ã¢ÂÂThe fact of the matter is it’s better to be six feet apart right now than six feet under and that is the whole point of this,” Whitmer said. https://t.co/Tpwi3Kv1WC

It’s important to pull back for a moment. The policies Whitmer and 42 other governors have put in place to stop a pandemic have been carefully crafted by public health officials. It’s not that they want to be a buzzkill or kill the economy (seriously, no politician wants that, just out of sheer self-preservation). It’s because the disease has spread so rapidly and killed so many. Drastic times call for drastic measures.

With almost 30,000 COVID-19 cases, Michigan has the fourth-most in the nation. But the protestors didn’t even do a feint to acknowledging the 2,000 people who have lost their lives or the families they left behind. It was just primal screams against the Democratic governor and calls for Trump to make everything great again.

For a party that’s ostensibly dedicated to the sanctity of life, Republicans have repeatedly and flagrantly demonstrated how little they care about their neighbors dying of an excruciating disease that can feel like shards of glass have filled your lungs.

Where is the humanity?

But still, decisions need to be made. I get that. So what can decision makers expect from a good advisor in this setting of enormous uncertainty? Dialogue and honesty. I like how @mlipsitch and @BillHanage think about it. 3/https://t.co/utA874KsnO

With coronavirus, sometimes the right answer is ‘I don’t know’

If you’re left feeling confused about whether we’re headed in the right direction, whatever that means these days, you’re not alone. With the coronavirus crisis, we hear predictions day in and day out that sometimes seem at odds with one another. It might make you think the experts don’t know what they’re talking about. After all, we all want someone to tell us confidently what is going to happen so we can plan our lives.

But since lots of data is just beginning to be collected about COVID-19, the future is going to remain a mystery for some time. At this point in the crisis, one thing people are getting is a true crash course in the world of statistical uncertainty.

We are accustomed to rewarding those who boldly make confident predictions: so-and-so will win this election, it will definitely rain tomorrow, the Atlanta Falcons have a 99.7% chance of winning the Super Bowl, and so on. We have little time or patience for someone who says, “Maybe this will happen, but maybe it won’t.”

But let’s define “modeling” briefly: A model takes hard data about what we know, makes assumptions about what that data means, and then creates an estimate of the future.

Those who truly work in scientific fields (the worlds of modeling of all sorts of outcomes from elections to the weather to the spread of diseases) will tell you that uncertainty is part and parcel of what we do. Modeling is a lot of science but also a little bit art, relying on a scientist’s or expert’s judgment and assumptions. Estimates and predictions are subject to change as we learn new things and hone our assumptions further.

I can’t help but wonder if the Democratic Party has a certain advantage in this strange times, in that the party’s activists and voters are far more accustomed to facing obstacles to voting. This comparison in their attitudes seems instructive. https://t.co/sYG30CYk8z pic.twitter.com/a9pr8076Ox

AP with an important observation:

“It makes me wonder if there’s something brewing in the weaker elements of the Trump base,” said Paul Maslin, a Wisconsin-based Democratic pollster. “Is the pandemic fight the final straw that’s going to cause some of this small slice of votes he needs to win these states to back away?”

Trump’s public approval rating has remained consistent nationally throughout his presidency, and some polls even suggested an uptick at the onset of the pandemic. And his unique brand of politics rooted in cultural grievances could once again overcome hurdles that would sink other presidents seeking reelection, especially if the pandemic wanes or the economy rebounds.

But Trump’s campaign is concerned about losing support in several key swing states, particularly Florida and Wisconsin, according to five current and former campaign staffers who spoke to The Associated Press on the condition of anonymity because they were not authorized to speak publicly about internal strategy. There are also growing worries about Arizona and Pennsylvania.

The last few days have been particularly harsh for Trump. More people are seeing mostly negative things about the President’s handling of the crisis than ever before. pic.twitter.com/7HWjGapuKa

Pathetic displays like these are all Trump has left

Nick Gourevitch, a pollster doing that research, tells me he believes Trump’s briefings “reinforce” a “behavioral flaw” in which Trump “too often blames other people instead of taking responsibility for the situation,” adding that the displays are “not helping and likely hurting him.”

Either way, the economy just isn’t going to reopen at anywhere near the levels Trump wants it to as quickly as he hopes. And for the foreseeable future, Trump is mired in a situation of his own making.

Which means that rewriting the story of how we got to this point through sheer bluster and blame-shifting, while staging theatrics designed to create the impression that he’s acting to spur on the return to normality, is all he has left.

Also I realize he is randomly responding to a TV segment, but if the plan is to win over swing states heÃ¢ÂÂs tweeting about all poll evidence so far is voters siding overwhelmingly with governors and health officials. Going against them looks like its hurt his own polling already.

A coronavirus leadership manual for Trump: It’s clear, direct and takes an hour to read

The Army Field Manual speaks Trump’s language. Its 3 basic precepts — Be, Know, Do — would be a good way for him to try to meet the coronavirus moment.

In this turbulent time, President Donald Trump has instilled widespread doubt about his ability to lead. We wonder if he can ever be a “man so fitted to the event,” as Ralph Waldo Emerson eulogized Abraham Lincoln’s leadership during the Civil War. We want President Trump to grow, like Lincoln, to meet this moment in our time. His success will be our success against the coronavirus. His failure will be ours as well.

To date, the president hasn’t grown to meet this challenge, but given its magnitude and the necessity of federal leadership, we have to continue to hope for that growth. So, what does it take to be a leader in a time like this? For this president, a manual.

The Army Field Manual, written in 1999, is part of the leadership canon. But just as important, it speaks President Trump’s language: It is clear and direct. The leadership framework it espouses, “Be, Know, Do” is certainly familiar to his secretary of State, Mike Pompeo, first in his class at West Point, the Army’s military academy

“Oklahoma saw a 53% increase in cases over the past week, according to data compiled by Johns Hopkins University. Over same time, cases jumped 60% in Arkansas, 74% in Nebraska, and 82% in Iowa. South Dakota saw a whopping 205% spike.” https://t.co/Ds5OotHYzB

“It’s not a model that most of us in the infectious disease epidemiology field think is well suited” to projecting Covid-19 deaths, epidemiologist Marc Lipsitch of the Harvard T.H. Chan School of Public Health told reporters this week, referring to projections by the Institute for Health Metrics and Evaluation at the University of Washington.

Others experts, including some colleagues of the model-makers, are even harsher. “That the IHME model keeps changing is evidence of its lack of reliability as a predictive tool,” said epidemiologist Ruth Etzioni of the Fred Hutchinson Cancer Center, home to several of the researchers who created the model, and who has served on a search committee for IHME. “That it is being used for policy decisions and its results interpreted wrongly is a travesty unfolding before our eyes.”

No way to manage a company, no less a country:

Ã¢ÂÂTrump has asked White House aides for economic response plans that would allow him to take credit for successes while offering enough flexibility to assign fault for any failures to others.Ã¢ÂÂ https://t.co/DutT8vK8el

‘Nothing to worry about’ and ‘it’s being contained’: How Trump officials downplayed the coronavirus

'Nothing to worry about' and 'it's being contained': How Trump officials downplayed the coronavirus