Navy May Reinstate Fired Captain to Command of Roosevelt 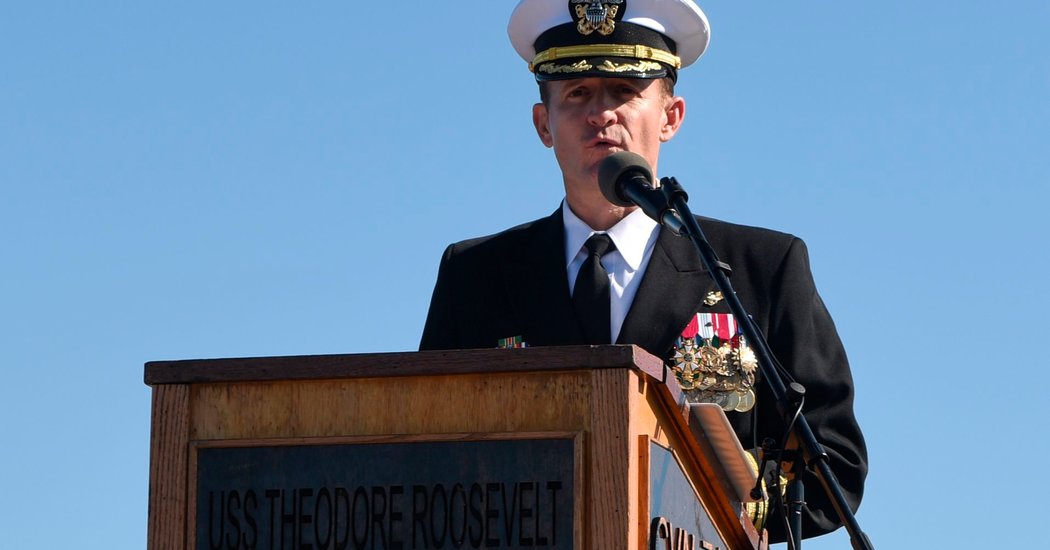 That plea, sent in an email to 20 Navy personnel, became public and angered Mr. Modly, which led to his decision to remove the captain from his post.

Admiral Gilday indicated last week that he was open to the possibility of reinstating Captain Crozier once the preliminary investigation was completed. “I am taking no options off the table as I review that investigation,” he told reporters. “I think that is my responsibility.”

Any decision to reinstate Captain Crozier would come with its own problems. Navy officials remain unhappy with the captain’s decision to send an unclassified letter pleading for help to so many people, instead of relying on his chain of command. For the Navy to reinstate him, Admiral Gilday would have to determine that Captain Crozier’s superiors were not being adequately responsive to his pleas for help before he sent the letter, Navy officials said.

Admiral Gilday already has the findings of an initial investigation into the Roosevelt case. But that investigation was conducted by Adm. Robert P. Burke, the Navy’s second-highest admiral, who was involved in the situation aboard Roosevelt. It was Admiral Burke who, as part of the investigation, called the senior medical officer aboard the ship and criticized the doctor, saying he had failed as a leader, according to crew members.

Admiral Gilday told reporters earlier this month that a focus of the investigation was determining why Captain Crozier, a Naval Academy graduate with nearly 30 years of service, felt compelled to send his four-page letter outside normal communications channels and whether that illustrated a breakdown in communications with his chain of command, particularly with Admiral Baker. The Navy has said Captain Crozier did not copy Admiral Baker on his letter.

Before the results are made public, Admiral Gilday will consult with the new acting Navy secretary, James E. McPherson, as well as with Defense Secretary Mark T. Esper and General Milley.

Elizabeth Warren Says She Would Be Joe Biden’s Vice President