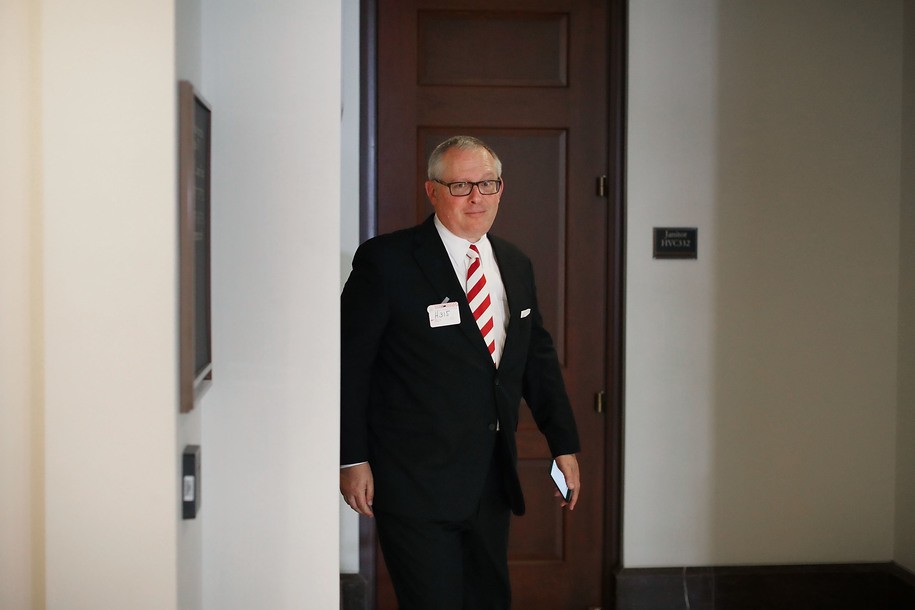 Using an internet archive, some of Caputo’s statements have been saved here. So what sort of things does one of Trump’s “best people” think? On Feb. 28, 2020, Caputo had this to say about the novel coronavirus:

“Bottom line, a lot of Americans have to get sick and die for coronavirus to tank the Trump economy.

The Democrats’ only hope for 2020 victory is a sunk economy. They’re talking it down right now.

But their strategy only works if a lot of Americans get sick and die.”

On March 8, 2020, Caputo—clearly tweeting his resume to Trump directly—wrote this:

“Coronavirus is the Democrats’ new Russia, their new Ukraine. And nobody will believe them except their zombies.

But know this: The Dems’ strategy to defeat @realDonaldTrump requires 100s of thousands of American deaths.

Will on of their nutjobs make it happen, a la Hodgkinson?”

“Hodgkinson” here is James T. Hodgkinson, the man who opened fire at a congressional softball practice, injuring Rep. Steve Scalise. The right-wing conspiracy world has floated all kinds of theories about Hodgkinson since he is the only domestic terrorist of the last few decades to reportedly not be an entirely racist right-wing asshole. On March 12, 2020, as the novel coronavirus pandemic became considerably more real and the evidence began mounting that the Trump administration has completely dropped the ball on this, Caputo—clearly feeling a bit testy—attacked people who questioned the administration’s racist pivot to calling COVID-19 “Wuhan flu,” or “the Chinese virus.”

”Sure, millions of Chinese suck the blood out of rabid bats as an appetizer and eat the ass out of anteaters but some foreigner snuck in a bottle of the good stuff. That’s it. [frowny face emoji]”

“Are you kidding? Soros’s political agenda REQUIRES a pandemic.”

Caputo is the prefect spokesperson for this administration: He’s the opposite of what his job requires.

Dr. Hahn responds to Trump's idea to 'hit the body with light'

Dr. Hahn responds to Trump's idea to 'hit the body with light'