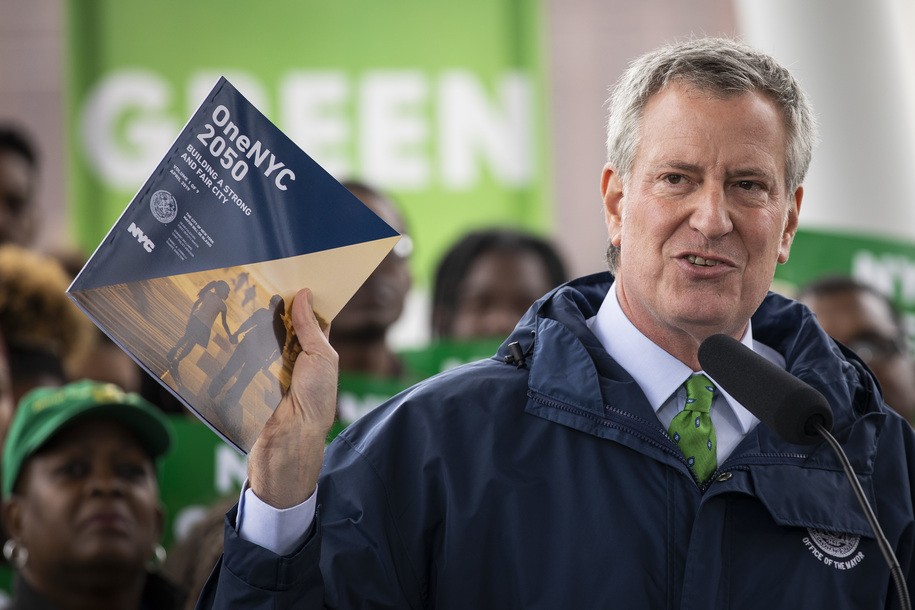 The White House spent weeks fumbling the tests before they ever became available, and even then they’ve issued forth in a grudging trickle. Months after Donald Trump claimed that anyone who wanted a test could get a test, even frontline healthcare workers with known exposure and symptoms still can’t get tested. In some places, no one can.

In New York, 40% of all tests have been positive exactly because there has been such a shortage that the idea of tracing down possible cases, or asymptomatic cases, or samples of the population at large are simply unthinkable. Most people in New York are being diagnosed only because they’re already in the hospital displaying severe symptoms. Some aren’t being diagnosed with the coronavirus until they’ve been killed by the coronavirus.

To get past that, New York state, and specifically New York City, needs to get more tests than the federal government has been doling out. However, unlike some red states that have mysteriously been able to test at a higher rate, tests seem to be arriving in Albany very, very slowly. So New York City is simply going to get its own. As Politico reports, Mayor Bill de Blasio has announced a deal with an Indiana manufacturer designed to send 100,000 additional tests per week to the Big Apple.

Testing is the vital element to determining the real extent of infections in the United States, and the only tool that can allow the nation to isolate those with COVID-19 and make it possible to carry out some form of normal-ish business. Meanwhile Trump has taken the perverse position that the nation can be opened without good testing, and has refused to admit that there is an issue. Trump has even threatened to end federal funding for testing, and his March 13 announcement of a nationwide arrangement of drive-thru testing locations has never appeared.

On top of that, incredibly, the U.S. is actually testing at a lower rate than a week ago. That’s happening while, nationwide, one test in five has been positive. That’s twice the rate of Germany. Three times worse than Canada. Ten times worse than the rate for Trump’s pal Vladimir Putin.

That rate of positives is proof-positive that the United States isn’t doing anything near the number of tests necessary to define the size of the outbreak, much less to identify and isolate the infected. And like so much else in this crisis, Trump isn’t going to do s#it. Trump is on his way to turning the most powerful executive position ever conceived into a figurehead. And really, no one should see that figure. Or that head.