Newsweek story hits every branch on the ugly reporting tree 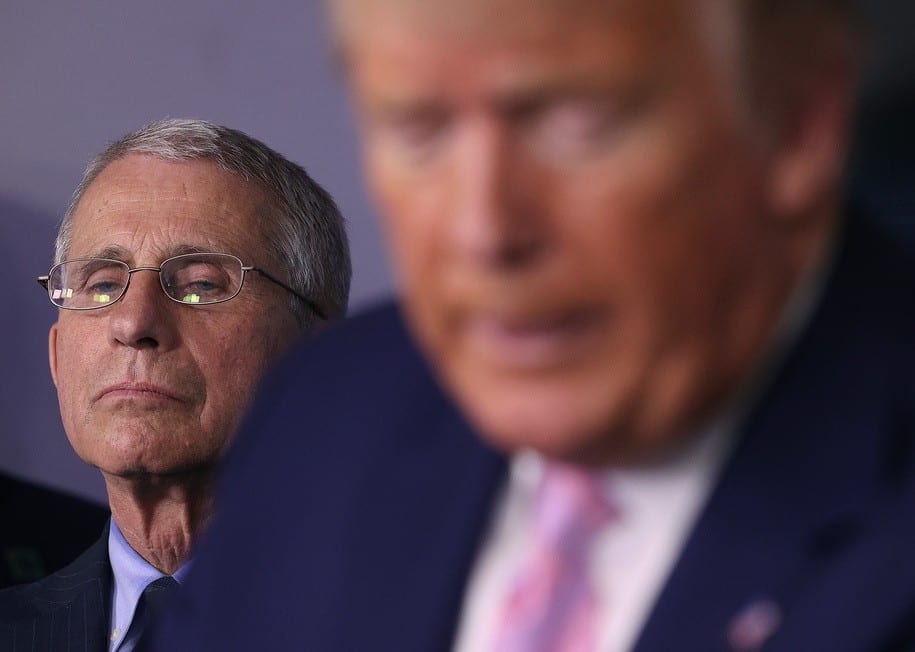 It’s been a long time since Newsweek has been, you know, Newsweek. As in the once respected news magazine that did significant original reporting and was seen as a regular source of impactful political journalism. But even in these later days, the site occasionally snags some information of significance, or reframes an issue in a way that’s helpful.

And then there’s this nonsense. If you didn’t click through, and I wouldn’t blame you, the title of the article is this: “Dr. Fauci backed controversial Wuhan lab with millions of U.S. dollars for risky coronavirus research.” Except to really get the feel for it, you have to imagine all that in 32-point block capitals.

That’s a headline that surely has it all when it comes to giving a big sloppy kiss to every conspiracy theory percolating on the right, alt-right, and gun-slinging vaccine-hating virus-humping right.

It features all of the above:

Betrayal! By internationally-respected infections disease expert Anthony Fauci, who the most MAGA of MAGA know is secretly to blame for everything that has gone wrong. Ever.

Evil China! Whose lab Donald Trump has fingered as the source of the outbreak, and who dumped coronavirus on the world because it was the only way to slow the Trump train.

Wasted tax dollars! Your hard-earned money routed to Asian people, almost certainly so they can do unspeakably unbiblical things with bats.

The truth behind this article? The lab near Wuhan has been an essential part of research into emerging diseases for decades. It’s been the recipient of outside grants since at least 2003, when that dangerously liberal George W. Bush administration provided funds for research on SARS … which would be some of the “risky coronavirus research” in the Newsweek headline. In fact, the lab in Wuhan has been there, in one form or another, since the 1950s specifically because the area has been recognized as a source of emerging diseases.

Only, the fact that grants have been going to this lab for critical research isn’t quite what the article indicates. Newsweek didn’t stop the misinformation at the headline. In reporting Fauci’s treacherous support for research into diseases, Newsweek describes the funding this way “In 2019, with the backing of NIAID, the National Institutes of Health committed $3.7 million over six years for research …  the program followed another $3.7 million, 5-year project for collecting and studying bat coronaviruses, which ended in 2019, bringing the total to $7.4 million.” ‘

Okay. Except they’re really, really really hiding some important information in those sentences. As Snopes pointed out weeks ago, only a portion of either grant went to the Wuhan lab, or to the study of coronaviruses, or even to China. Over a five year period, between 2014 and 2019, a series of grants totaling $3.7 million went to the EcoHealth Alliance. That’s a 45 year-old international organization that works across borders to support medial research of all types. It receives contributions from multiple nations, corporations, individuals, and from other NGOs. EcoHealth Alliance, in turn, made contributions toward China’s research into coronavirus. So the U.S.—including the U.S. under Donald Trump—gave money to the EcoHealth alliance, and the EcoHealth alliance in turn gave some funding to China for research into emerging diseases.

Included in that was research into coronaviruses that’s been going on since 2014. That would be because in 2012 another dangerous coronavirus, MERS-CoV, emerged and generated an outbreak where the fatality rate was over 30%. It served as a reminder that researching coronaviruses was important and the Wuhan lab was a primary site for that research.

What’s the result of that funding? It has directly resulted in the publication of papers showing the origins of the SARS virus and reporting on other aspects of the features and threats of related coronaviruses. That research has direct benefit into the response to the COVID-19 pandemic and the search for an effective vaccine.

What’s the result of the attention of the bad reporting about those grants, and the way they’re being presented as something controversial and risky? As Science reports, the U.S. has abruptly cut off funding to the EcoHealth Alliance to prevent money going into a six-year study called “Understanding the Risk of Bat Coronavirus Emergence Novel zoonotic, bat-origin CoVs.” Which seems like pretty fucking important research. This funding was cut off as stories like the one in Newsweek became hot stuff for Republicans to wave around while claiming that China was to blame for the pandemic, especially as the Newsweek story also repeats all the now standard blame China tropes.

Like Trump cutting off the World Health Organization, chopping funding for the EcoHealth Alliance research at this point is precisely the kind of thing that is going to get lots, and lots of people killed. These are the people who have done, and are doing, the research necessary to identify these viruses, sequence their genetics, determine their source, uncover how they work, and figure out how to fight them. Without this research, we would have no idea what we’re now facing, and would be infinitely further away from a viable vaccine.

Oh, and where did Newsweek get that claim that $3.7 million went to the Wuhan Institute of Virology? That came from a question at one of Trump’s press events. A question asked by a reporter from right-wing conspiracy site Newsmax.

Maybe it’s time for Newsweek to change their name. After all, they wouldn’t want people to mistake them for actual Newsweek.

UK coronavirus: This man came home from the hospital to die. His son found a way to keep him alive

UK coronavirus: This man came home from the hospital to die. His son found a way to keep him alive