No child is irredeemably corrupt. It’s time to abolish life without parole sentences for juveniles 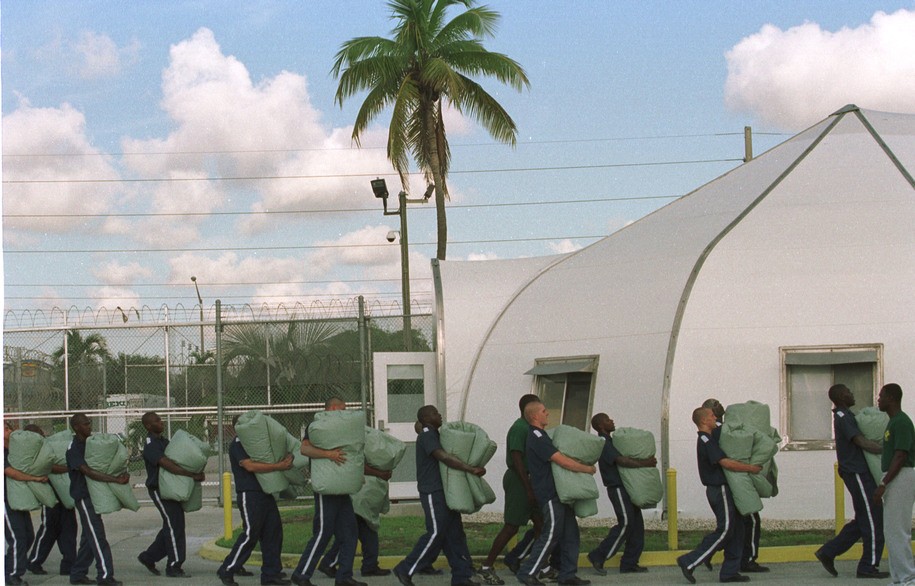 The United States is the only country that imposes sentences of life without parole on juveniles. Today, thousands of people are serving juvenile life without parole (JLWOP) sentences in the U.S. In 2012, the U.S. Supreme Court decided in landmark case, Miller v. Alabama, that such sentences, when imposed mandatorily, were unconstitutional for juvenile defendants. The 2016 case of Montgomery v. Louisiana fought to apply the decision retroactively and won. As a result, children sentenced to parole-ineligible life sentences in 29 states are now in the process of having their original sentences reviewed or have been granted a new sentence.

Although this should be good news, the legacy of white supremacy remains firmly tied to our justice system, echoing through the Reconstruction, Jim Crow, and “tough on crime” eras that have led to abuse of power, continued marginalization, and the mass incarceration of Black Americans. Since Montgomery v. Louisiana, Michigan has only released about 26% of the 369 JLWOPs in the state. Louisiana prosecutors announced they would seek new life without parole sentences in over 30% of the 258 JLWOPs in the state.

Knuckles grew up in Detroit during the heart of the crack epidemic and although he never turned to using drugs, he did become involved in dealing drugs.

“The allure of money and seeing guys older than me driving cars, with the jewelry. It was easy to get into because everybody that sold the drugs knew my uncles, aunts, mother, and father, so naturally they’re already looking at us, the younger generation, and seeing us as the ones they want to sell drugs for them,” Knuckles said.

Knuckles was only 9 years old when he was first charged with a crime and sent to a juvenile detention center, the same age he was when his father died. Instead of support in the form of resources for rehabilitation and counseling for trauma, he was put into the Scared Straight program.

“These programs with the government, that was just a ploy to get their money out of it. To play the tough-on-crime stuff. There were never any resources in the juvenile detention facilities that address the trauma that a lot of us had experienced and were still experiencing,” Knuckles explained.

Knuckles isn’t alone in his sentiments. A trauma-based approach to juvenile detention and rehabilitation is something that has increasing support but has seen little actual implementation. According to current research done by the National Child Traumatic Stress Network, upwards of 90% of incarcerated youth have reported some type of trauma, 70% have a mental health disorder, and at least 30% have post-traumatic stress disorder (PTSD).

John Pace, the JLWOP reentry coordinator with the Youth Sentencing & Reentry Project, is also a former juvenile lifer. He was sentenced to life without parole when he was 17 years old and spent 31 years in prison for second-degree murder, a sentence handed down after police initially spoke to him without a parent or attorney present. Later, Pace’s attorney, Moira Dunworth, advised him to plead guilty and he would only get 10 to 15 years in prison.

But Dunworth was never subpoenaed at the hearing. The judge decided that since Pace could read, write, and understand English, he was able to understand the plea he made, and therefore denied his petition.

Like Pace, Knuckles had a similar experience with the justice system as a child whose attorney didn’t rightfully represent him. A few weeks after being arrested for a shooting in his neighborhood and then released when he was not identified by witnesses in a line-up, Knuckles was rearrested for a murder committed at a club a few blocks from his home.

“I never had an attorney by my side. They never called my mother or anything. They didn’t care about any of that stuff in the Wayne County area,” Knuckles said.

Henry Montgomery, whom the 2016 legislation is named after, was initially sentenced to the death penalty, but the ruling was overturned due to Ku Klux Klan influence in the trial. This is unsurprising considering Louisiana was in the top three states for recorded terror lynchings in the country between the end of Reconstruction and 1950. After the death sentence was overturned, Montgomery was retried and sentenced to life without parole at Louisiana State Penitentiary at Angola, a former slave plantation. The state’s parole board cited a “lack of maturity” in their decision to deny parole. Montgomery has spent over 50 years in prison for a crime he committed as a teenager and was denied release even though he is no longer seen as a threat to society.

The Supreme Court has had several chances to abolish life without parole sentences for juveniles altogether; it has instead preserved the assumption that there are some “children whose crimes reflect irreparable corruption.” It is no coincidence that 92% of the juvenile defendants sentenced to life without parole since Miller were Black, according to a 2017 amicus brief by the Louisiana Center for Children’s Rights and the Juvenile Law Center.

“We cannot be naive about the facts that are reflected throughout our country and the historical trends of our country in terms of how people of color are impacted in a negative way because of discriminatory policies and the inequities that exist,” Pace explained. “We need to truly, as a society, recognize this legacy of slavery and white supremacy and how this legacy has enduring effects that society has not addressed. We have to be honest about the current system in place and why it is in place and what we can do to help start dismantling these things.”

According to Eddie Ellis, the Incarcerated Children’s Advocacy Network (ICAN) coordinator for The Campaign for the Fair Sentencing of Youth (CFSY), perpetuated stereotypes, coded language, and negative imagery uphold a system that demonizes and criminalizes Black people and people of color. Ellis was also formerly incarcerated in his youth. Ellis points to the “superpredator” comment made by then-first lady HIlary Clinton, and how the phrase helped usher in the 1994 crime bill that escalated an era of mass incarceration through a “tough on crime” position targeted at minorities.

“I wasn’t a superpredator. That was a title placed on us,” Ellis said.

Since his release, Ellis has made it his purpose to return to his community and create real tangible change. Ellis works with former juvenile lifers who have been released and helps them readjust to society, to learn to take care of themselves, find resources, and connect with a community of other lifers making an impact in their communities. Ellis believes that positive connections between people allow them to see the positive things that others are doing and encourages them to try doing it themselves in their communities. He’s most passionate about preventative work and addressing the trauma that charging and treating children as adults have on so many lives.

“You’re charging kids as adults and you tell them, ‘We’re going to throw you away for the rest of your life.’ Those who have been molested, those who have been abused before coming to prison and never receive any type of help or have any of these things taken into consideration when they are going through court,” Ellis continued.

Over 200,000 men are raped behind bars each year, according to the group Stop Prisoner Rape, and juveniles are at higher risk than adults of sexual abuse and violence when confined with adults, according to The National Prison Rape Elimination Commission. If children who have been abused report the crime, they also “are unlikely to receive the treatment and support known to minimize the trauma of abuse.”

To help address the trauma of being incarcerated, Pace started The Intergenerational Healing Circle (IHC). Through the IHC, Pace brings together juveniles who have had encounters with the criminal justice system, as well as introducing them to some juvenile lifers who have been released. He also identifies resources like therapy, employment, housing, and healthcare providers that are compatible or reflective of the values of the client.

“We know that we don’t have all the knowledge, but we know that collectively we’re going through trauma because of dealing with a hostile society towards people of color. So through exploring this trauma together, we can probably come up with some remedies as to how to move forward together and to work together with one another,” Pace explained.

The American Psychological Association clearly stated, “There is no reliable way to determine that a juvenile’s offenses are the result of an irredeemably corrupt character; and there is thus no reliable way to conclude that a juvenile—even one convicted of an extremely serious offense—should be sentenced to life in prison, without any opportunity to demonstrate change or reform.” Considering youth are 34% more likely to recidivate if they are held with adults, the notion that transferring children to the adult system is about public safety is completely absurd and counterintuitive to rehabilitation.

“When you understand their background, it allows you to have more patience with young people with trauma-informed practices. You may have to love children despite their behavior sometimes because the behavior that they are displaying is not truly reflective of who they are, but about the trauma that they have gone through,” Pace explained.

Ellis echoed these sentiments. “Let’s put them in an environment where they can grow and not just lock them up. I have a 7-year-old son and I am so frightened about the way of the world. He’s a little Black boy. I have to tell him to be mindful of law enforcement. Why do I have to frighten my son with these conversations? A lot of our kids are traumatized by systematic things taking place. What I have to tell my little Black son, a white man or white woman does not have to tell their white child.”

It seems to be an unspoken assumption that if someone is in prison, they deserve the time they’re serving—along with whatever harm that comes to them while they are there. It is this lack of empathy that has created a vile breeding ground for institutions that see those detained as less than human and undeserving of compassion or basic human rights. No person—and, especially, no child—deserves to lose their right to safety, dignity, and justice.

Luna Reyna (she/her) believes in the power of journalistic activism and social responsibility. As a writer, she is passionate about honest reporting and giving a voice to the issues facing marginalized communities through coverage of social, environmental, and criminal justice topics, as well as issues of inclusivity regarding race, gender, class, and sexual orientation. Luna is also the founder of RIZE Entertainment, a nonprofit that features diverse stories by identifying, supporting, and promoting the voices of underreported and underrepresented creatives in art, entertainment, and culture by centering them in a fresh way.

Prism is a nonprofit affiliate of Daily Kos. Our mission is to make visible the people, places and issues currently underrepresented in our democracy. By amplifying the voices and leadership of people closest to the problems, Prism tells the stories no one else is telling. Follow us on Twitter @ourprisms and on Facebook.