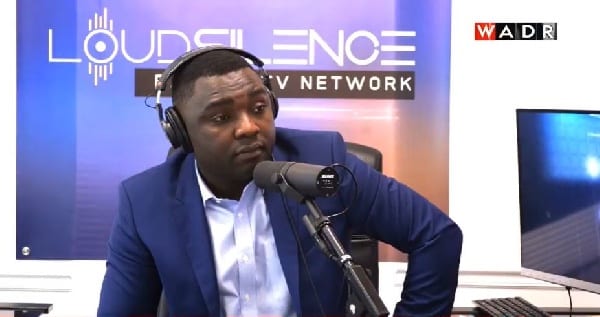 Even though Government through its propaganda machinery are denying the fact that Dumsor is back, the situation on grounds remains bleak as power is taken by ECG with no prior notice or schedule.

GRIDO, VRA and ECG has all denied what is the obvious truth of the return of Dumsor.

Instead, ECG and GRIDCO has attributed the outages to renovation works ongoing.

Speaking on the matter, Kevin Taylor said on his “With All due Respect” on Loud silence Television that the lowest point in the 4th republic was for Dr. Mathew Opoku Premoeh aka NAPO to be made Energy Minister.

This statement from Kevin Taylor was triggered by NAPO’s recent interview where he attributed the Power Outages to world ongoing in the power sector and not Dumsor.

Napo told journalist, their Dumsor is not close to that of John Mahama as such, Ghanaians should be grateful.

Kevin stated that, it’s practically unwise to appoint Napo to lead a sensitive ministry like the Energy ministry when all he does well is to be loose talking.

“No Serious Country Would Have Allowed a Clueless Dentist Like NAPO To Become Energy Minister” he said during Tuesday Night with all due respect extended version.

As power situation gets worse on grounds, ECG has refused to publish a timetable because that will give the Akufo Addo led government a bad name.

Notwithstanding, ECG has said residents of Kumasi the Ashanti Regional Capital should brace themselves for more power outages till the end of the year.