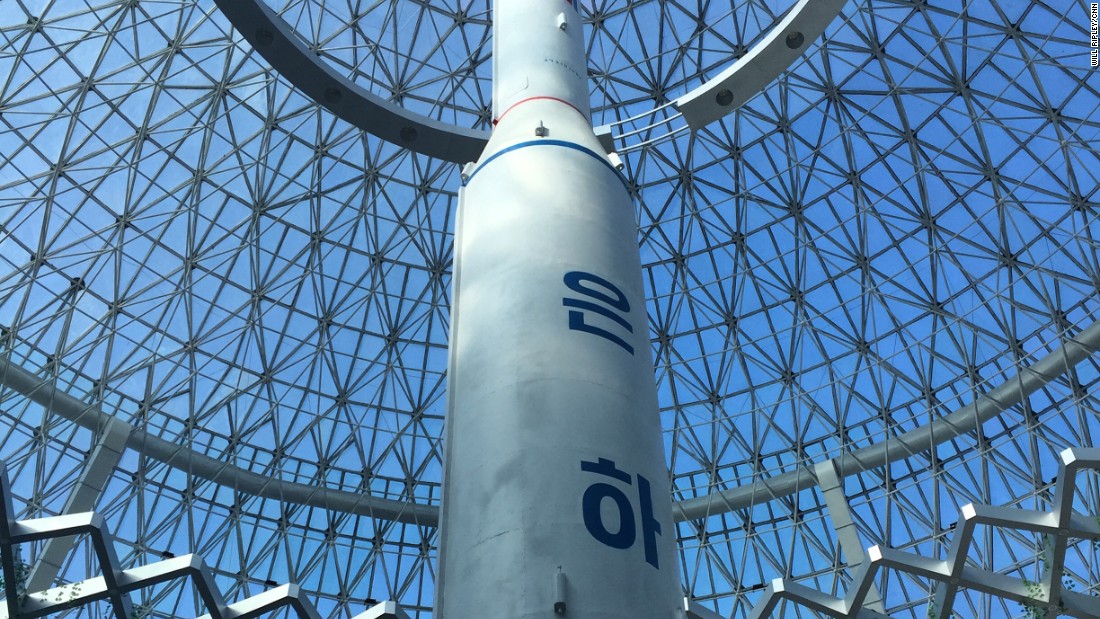 The International Atomic Energy Agency (IAEA) demands that inspectors be given access to two nuclear waste storage sites. In response, North Korea threatens to quit the NPT but eventually opts to continue participating in the treaty.

October – The Bush Administration reveals that North Korea has admitted operating a secret nuclear weapons program in violation of the 1994 agreement.

February – The United States confirms North Korea has reactivated a five-megawatt nuclear reactor at its Yongbyon facility, capable of producing plutonium for weapons.

April – Declares it has nuclear weapons.

North Korea tentatively agrees to give up its entire nuclear program, including weapons. In exchange, the United States, China, Japan, Russia and South Korea say they will provide energy assistance to North Korea, as well as promote economic cooperation.

February 13 – North Korea agrees to close its main nuclear reactor in exchange for an aid package worth $400 million.

September 30 – At six-party talks in Beijing, North Korea signs an agreement stating it will begin disabling its nuclear weapons facilities.

May 25 – North Korea announces it has conducted its second nuclear test.

October 24-25 – US officials meet with a North Korean delegation in Geneva, Switzerland, in an effort to restart the six-party nuclear arms talks that broke down in 2008.

February 29 – The State Department announces that North Korea has agreed to a moratorium on long-range missile launches and nuclear activity at the nation’s major nuclear facility in exchange for food aid.

January 24 – North Korea’s National Defense Commission says it will continue nuclear testing and long-range rocket launches in defiance of the United States. The tests and launches will feed into an “upcoming all-out action” targeting the United States, “the sworn enemy of the Korean people,” the commission says.
February 12 – Conducts third nuclear test. This is the first nuclear test carried out under Kim Jong Un. Three weeks later, the United Nations orders additional sanctions in protest.

March 30-31 – North Korea warns that it is prepping another nuclear test. The following day, the hostility escalates when the country fires hundreds of shells across the sea border with South Korea. In response, South Korea fires about 300 shells into North Korean waters and sends fighter jets to the border.

May 6 – In an exclusive interview with CNN, the deputy director of a North Korean think tank says the country has the missile capability to strike mainland United States and would do so if the United States “forced their hand.”
May 20 – North Korea says that it has the ability to miniaturize nuclear weapons, a key step toward building nuclear missiles. A US National Security Council spokesman responds that the United States does not think the North Koreans have that capability.
December 12 – North Korea state media says the country has added the hydrogen bomb to its arsenal.

January 6-7 – North Korea says it has successfully conducted a hydrogen bomb test. A day after the alleged test, White House spokesman Josh Earnest says that the United States has not verified that the test was successful.
March 9 – North Korea announces that it has miniature nuclear warheads that can fit on ballistic missiles.
September 9 – North Korea claims to have detonated a nuclear warhead. According to South Korea’s Meteorological Administration, the blast is estimated to have the explosive power of 10 kilotons.

January 1 – In a televised address, Kim claims that North Korea could soon test an intercontinental ballistic missile.
January 8 – During an interview on “Meet the Press,” Defense Secretary Ash Carter says that the military will shoot down any North Korean missile fired at the United States or any of its allies.
January 12 – A US defense official tells CNN that the military has deployed sea-based radar equipment to track long-range missile launches by North Korea.
July 4 – North Korea claims it has conducted its first successful test of an intercontinental ballistic missile, or ICBM, that can “reach anywhere in the world.”
July 25 – North Korea threatens a nuclear strike on “the heart of the US” if it attempts to remove Kim as Supreme Leader, according to Pyongyang’s state-run Korean Central News Agency (KCNA).
August 7 – North Korea accuses the United States of “trying to drive the situation of the Korean peninsula to the brink of nuclear war” after the UN Security Council unanimously adopts new sanctions in response to Pyongyang’s long-range ballistic missile tests last month.
August 9 – North Korea’s military is “examining the operational plan” to strike areas around the US territory of Guam with medium-to-long-range strategic ballistic missiles, state-run news agency KCNA says. The North Korea comments are published one day after President Donald Trump warns Pyongyang that if it continues to threaten the United States, it would face “fire and fury like the world has never seen.”
September 3 – North Korea carries out its sixth test of a nuclear weapon, causing a 6.3 magnitude seismic event, as measured by the United States Geological Survey. Pyongyang claims the device is a hydrogen bomb that could be mounted on an intercontinental missile. A nuclear weapon monitoring group describes the weapon as up to eight times stronger than the bomb dropped in Hiroshima in 1945. In response to the test, Trump tweets that North Korea continues to be “very hostile and dangerous to the United States.” He goes on the criticize South Korea, claiming that the country is engaging in “talk of appeasement” with its neighbor to the north. He also says that North Korea is “an embarrassment to China,” claiming Beijing is having little success reining in the Kim regime.
November 1 – A US official tells CNN that North Korea is working on an advanced version of its intercontinental ballistic missile that could potentially reach the United States.
November 28 – A South Korean minister says that North Korea may develop the capability to launch a nuclear weapon on a long-range ballistic missile at some point in 2018.

January 2 – Trump ridicules Kim in a tweet. The president says that he has a larger and more functional nuclear button than the North Korean leader in a post on Twitter, responding to Kim’s claim that he has a nuclear button on his desk.
January 10 – The White House releases a statement indicating that the Trump administration may be willing to hold talks with North Korea.
March 6 – South Korea’s national security chief Chung Eui-yong says that North Korea has agreed to refrain from nuclear and missile testing while engaging in peace talks. North Korea has also expressed an openness to talk to the United States about abandoning its nuclear program, according to Chung.
March 8 – Chung, standing outside the White House, announces that Trump has accepted an invitation to meet Kim.
June 12 – The final outcome of a landmark summit, and nearly five hours of talks between Trump and Kim in Singapore, culminates with declarations of a new friendship but only vague pledges of nuclear disarmament.
December 5 – New satellite images obtained exclusively by CNN reveal North Korea has significantly expanded a key long-range missile base, offering a reminder that Kim is still pursuing his promise to mass produce and deploy the existing types of nuclear warheads in his arsenal.

January 18 – Trump meets with Kim Yong Chol, North Korea’s lead negotiator on nuclear talks, and they discuss denuclearization and the second summit scheduled for February.
February 27-28 – A second round of US-North Korean nuclear diplomacy talks ends abruptly with no joint agreement after Kim insists all US sanctions be lifted on his country. Trump states that Kim offered to take some steps toward dismantling his nuclear arsenal, but not enough to warrant ending sanctions imposed on the country.
March 8 – Analysts say that satellite images indicate possible activity at a launch facility, suggesting that the country may be preparing to shoot a missile or a rocket.
March 15 – North Korea’s foreign minister tells reporters that the country has no intention to “yield to the US demands.” In the wake of the comment, US Secretary of State Mike Pompeo insists that negotiations will continue.
May 4 – South Korea’s Defense Ministry states that North Korea test-fired 240 mm and 300 mm multiple rocket launchers, including a new model of a tactical guide weapon on May 3. According to the defense ministry’s assessment, the launchers’ range is about 70 to 240 kilometers (43 to 149 miles). The test is understood to be the first missile launch from North Korea since late 2017 — and the first since Trump began meeting with Kim.
October 2 – North Korea says it test fired a new type of a submarine-launched ballistic missile (SLBM), a day after Pyongyang and Washington agreed to resume nuclear talks. The launch marks a departure from the tests of shorter range missiles North Korea has carried out in recent months.
December 3 – In a statement, Ri Thae Song, a first vice minister at the North Korean Foreign Ministry working on US affairs, warns the United States to prepare for a “Christmas gift,” which some interpret as the resumption of long-distance missile testing. December 25 passes without a “gift” from the North Korean regime, but US officials remain watchful.

March 9 – According to US and South Korean officials, North Korea fires at least three unidentified projectiles, the second such move by the regime in two weeks. North Korean state media says military exercises began on February 28, the one-year anniversary of Kim’s summit in Hanoi, Vietnam, with Trump which ended without a deal. The military drills continued March 2, when Pyongyang fired two unidentified short-range projectiles from an area near the coastal city of Wonsan, about 65 kilometers (40 miles) south of Sondok.