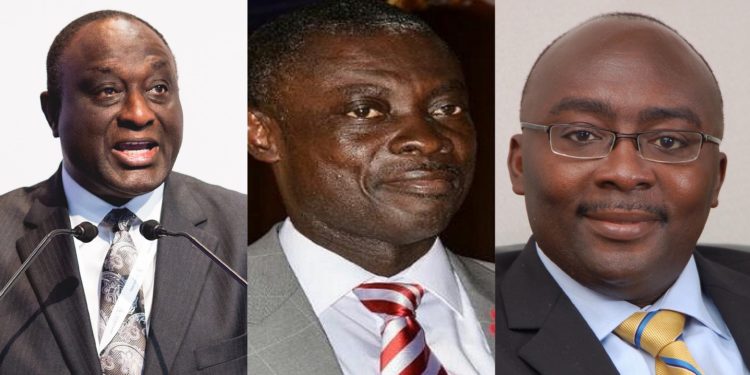 110
SHARES
610
VIEWS
Share on FacebookShare on TwitterShare on WhatsApp

The Founder and Leader of the Ghana Union Movement (GUM) Christian Kwabena Andrews who is popularly called Osofo Kyiri Abosom has described the Vice President of Ghana Dr. Mahamudu Bawumia is a liar.

Also, he believes that Trade Minister Alan Kyeremanteng has been incompetent especially with his handling of the One District – One factory project.

The 2020 election flagbearer for Ghana Union Movement believes 2024 presents a better opportunity for his party to salvage the people of Ghana from the claws of the two leading political parties.

He indicated that claims of him not contesting when next elections are held are unfounded because he knows this it is his time.

“We are wild and we are not joking. We are coming and it will be boot for boot. There is a competition between Alan Kyeremanteng and Bawumia but none of them will lead Ghana.

Bawumia is a known liar. He is the biggest liar in this government. For Alan Kyeremanteng he’s one of the most incompetent people I’ve come across in this country.

“They tout him for creating jobs with One District, One Factory but where are the factories? They should let us think about ourselves,” he said in an interview with Hello FM.

Although the New Patriotic Party (NPP) hasn’t opened nominations for persons interested in leading the party to file, there are indications that the Trades Minister John Alan Kyeremanten will contest.

Dr. Mahamudu Bawumia who is the Vice President of Ghana has also proven from all indications that he will put himself out there to be voted as the flagbearer of the NPP for the 2024 election.

The contest according to analysts may make or break the governing NPP and may hamper the 2024 agenda of breaking the eight-year cycle.

Who is Christian Kwabena Andrews

Andrews launched the Ghana Union Movement (GUM) in March 2019. During the event, he described himself as the new Kwame Nkrumah and declared that the “spirit of Nkrumah is back”.

He hopes to be able to break the duopoly between the National Democratic Congress and the New Patriotic Party which have dominated Ghana during the Fourth Republic.

Mahama should go unopposed to save money – Joseph Yamin