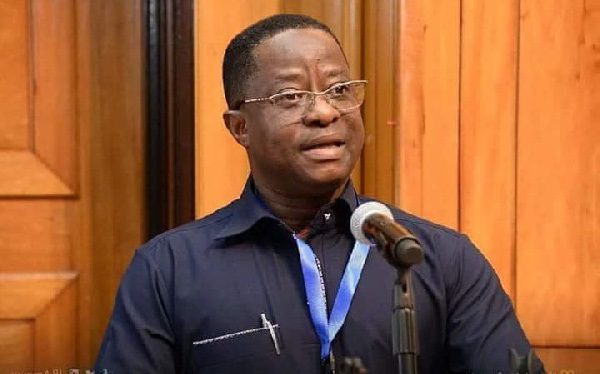 45
SHARES
250
VIEWS
Share on FacebookShare on TwitterShare on WhatsApp

Member of Parliament for Hohoe, John Peter Amewu, has said it is possible for the New Patriotic Party (NPP) to win more seats in the Volta region.

The Volta region has been the stronghold of the main opposition National Democratic Congress (NDC) since the inception of the fourth republic in 1992.

According to the Minister for Railways Development, if he was able to defeat the NDC parliamentary candidate in the 2020 elections to win the seat, making it the first time the NPP has won a seat in the region, then it is possible for other NPP parliamentary aspirants to replicate same in the other constituencies of the region.

The former Minister of Energy and former Minister for Lands And Natural Resources told delegates of the NPP while urging them to work hard to sustain the gains of the party in the region that “If Hohoe can do it, Ketu North can also do it.”

For his part, General Secretary of the NPP, John Boadu commended the Volta regional branch of the NPP for the performance they put up in last year’s polls in the region.

“I will go to your numbers and you will realise that Volta region, you did so marvelously well.

“The enthusiasm I have seen clearly testify that.”

He however cautioned them against acts that have the propensity ot eroding the gains.

“But there are a few things you must watch. There are apparent divisions and open disagreement s amongst you,” he said.

Akufo-Addo did not promise harbour in Cape Coast, Bawumia did - Dr Okoe-Boye