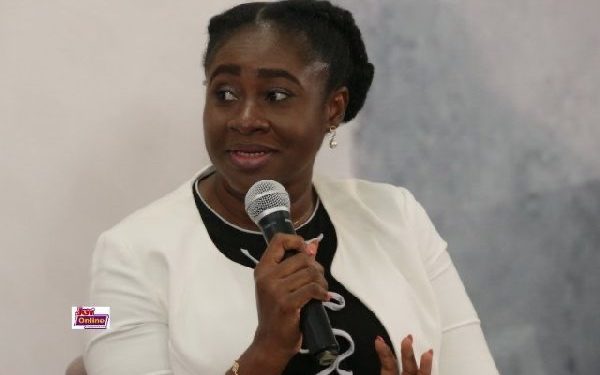 247
SHARES
1.4k
VIEWS
Share on FacebookShare on TwitterShare on WhatsApp

Senior Lecturer at the Department of Economics, University of Ghana, Dr. Priscilla Twumasi Baffuor has urged the government’s communication machinery to be more sensitive to the plight of Ghanaians.

According to her, the responses of state actors and ruling party members to claims of economic hardship by the Catholic Bishops Conference were sorely out of touch with reality.

The President of the Catholic Bishops Conference in a plenary session in Wa on Monday stated that state actors were seemingly oblivious to the level of poverty in the country.

According to Most Reverend Naameh, corruption is having a toll on the national economy thereby increasing Ghana’s poverty situation which is further compounded by the corruption of political leaders.

“Poverty is grinding down millions of people all over the country, prices of essentials are rising daily, and people are struggling to keep families alive together.

“Though poverty stares us in the face, it appears lost to those with power,” he had said.

However, in response to the Catholic Bishops Conference, the Director of Communications for the New Patriotic Party (NPP), Yaw Buaben Asamoa said the comments of the Conference lacked clarity and thus cannot be considered.

However, Dr. Baffour says the response was harsh and seemed out of touch with the realities of the Ghanaian people.

“That backlash that is coming from the ruling government, I must say, I do not know whether for some reasons sometimes power makes people lose touch of the reality. But the numbers indicate, and when you look at the inflation rate as well you see that recently the rate of inflation has increased slightly on the back of increases in the price of petroleum products due to taxes and partly due to exchange rate depreciation which is kicking up the price,” she said.

She added that the recent spikes in fuel prices and taxes are having ripple effects in all facets of Ghanaian life and thus the concerns raised by the Catholic Bishops Conference were genuine.

“Because when you look at the Statistical Service report on inflation for October, you see that the pickup in inflation was as a result of high prices in housing, water, electricity and fuel so the ordinary Ghanaian is feeling the pinch of this,” she said.

She advised that government communication machinery be more sensitive to the plight of Ghanaians instead of taking a defensive posture against critics.

“…And not for want of a better word should have responded in a more humane manner from my perspective,” she said.