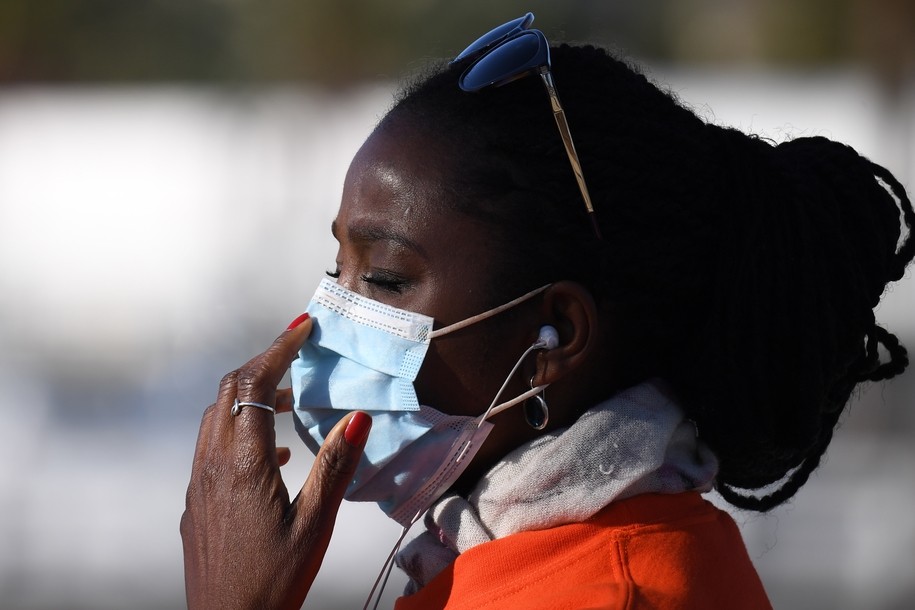 The demands—which include a list of coronavirus-related reforms as well as demands to address ongoing issues involving the overall health and welfare of the city’s Black community—include a call for free access to coronavirus testing for Black people, a moratorium on school closures, access to hotel rooms for homeless people in the city, free reusable face masks and hand sanitizer for the Black community, and paid sick days for all essential service workers—the majority of whom are Black people.

“We need to move with urgency,” said Carroll Fife, director of Alliance of Californians for Community Empowerment in Oakland. “We have to do more than just say Black people are dying disproportionately from the coronavirus. We must dig deep into the why and do the work to change the systems that are killing us. We must change the narrative. We are dying from white supremacy and benign neglect.”

Cat Brooks, a longtime Oakland community activist and executive director of Justice Teams Network, organized the meeting after seeing the influx of data around who was being infected by COVID-19. “I just had this moment when I was sitting there working and I was like, what does this mean for Black Oakland? Where the hell is our city leadership?” Brooks said. “The root of systemic racism and white supremacy are why we are dying at faster rates and why we’re being infected at faster rates. It’s not a short-term strategy, it’s a long-term strategy.”

The long-term strategy is why Brooks and other organizers are starting to informally call the movement the “Black New Deal,” a play on the popular climate proposal. Brooks said she was surprised at the level of agreement among organizers during Saturday’s meeting.

“It was actually one of the few times in my 20-year career as an organizer that I saw so much immediate unity,” Brooks said. “Folks were so clear with their analysis that every time anything hits, [Black people] are the ones that are hit hardest. That unity was critical at this moment to interrupt what was potentially about to explode in Oakland.”

Though Brooks says all demands are important, she thinks housing and health care should be top priorities, followed by education and mental health. The list has been posted across several social media platforms. Brooks has sent the list to Oakland Mayor Libby Schaaf and all of the city councils in Alameda County, and also plans to send the list to higher-up government officials, including the California Legislative Black Caucus and California Gov. Gavin Newsom.

Carolyn Copeland is a copy editor and staff reporter for Prism. Follow her on Twitter @Carolyn_Copes.
Prism is a nonprofit affiliate of Daily Kos. Our mission is to make visible the people, places, and issues currently underrepresented in our democracy. By amplifying the voices and leadership of people closest to the problems, Prism tells the stories no one else is telling. Follow us on Twitter @ourprisms and on Facebook.

Coronavirus updates and news from around the world

Coronavirus updates and news from around the world