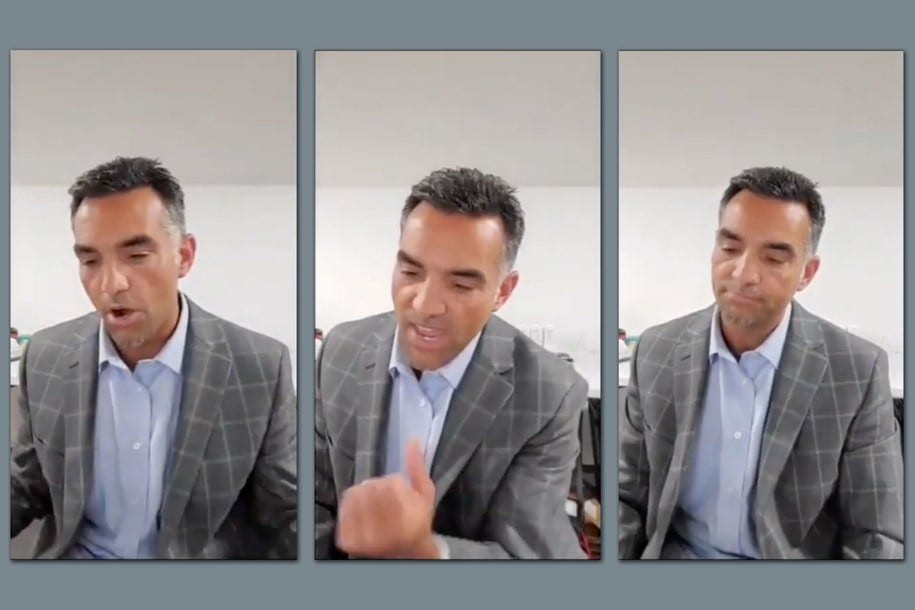 Rep. Vitale is a relatively standard Tea Party-style Republican: pro guns, anti-women’s right to choose. As with all crises, the cuckoo world views that Vitale represents have become even more glaring. On May 1, Vitale went to his Facebook page to post a screed attacking Ohio Department of Health Director Dr. Amy Acton’s call to extend Ohio’s stay-at-home orders through May. Vitale, putting together a word salad that included jingoistic catchphrases about “inalienable” rights and “liberties,” referred to the Jewish Dr. Acton as a “Globalist Health Director, who signed the order in the dark of night.” Anti-Semitic much? One of the hashtags on this Facebook rant, amongst others, was #MasksDoNotWork.

On May 4, Vitale posted video of him sort of explaining his masks stance, cutting together clips of Dr. Acton, who in earlier weeks parroted the federal government’s stance on the lack of need for masks in the early days of inaction around the virus. This included saying that we didn’t need masks at that point. At the time this was not an entirely agreed upon stance for many experts, but considering how intensely the conservative government’s lack of response was during that time, coupled with their almost pathological need to pretend nothing was happening, it seemed to be the easiest way to impress upon people that they needed to be a lot more careful about social distancing and public hygiene issues. Because if we didn’t start doing something soon, we might all end up needing to wear masks.

This doesn’t satisfy big thinkers like Vitale, who sees attacks on God by non-Christians in every detail of the world. Attaching this clip of himself speaking to someone named “Jim” by way of video conference, Vitale explains the real problem with mandating face masks for the public. His narrow understanding of Genesis 1:26-27:

Since Vitale wants to talk about that passage in the Bible, maybe he can explain a few other things to us. “Then God said, ‘Let Us make man in Our image, after Our likeness, to rule over the fish of the sea and the birds of the air, over the livestock, and over all the earth itself and every creature that crawls upon it.’” Who is “Our” and “Us?” Does God have multiple personality disorder? It’s almost like, at a time when there was a pantheon of gods, Jewish theologians accepted all these many gods but chose one specific one to listen to. I don’t know. I guess this is well over my head, but Mr. Vitale seems to have a real grasp of theology and how God hates face masks.

The groundbreaking way to search lungs for Covid-19