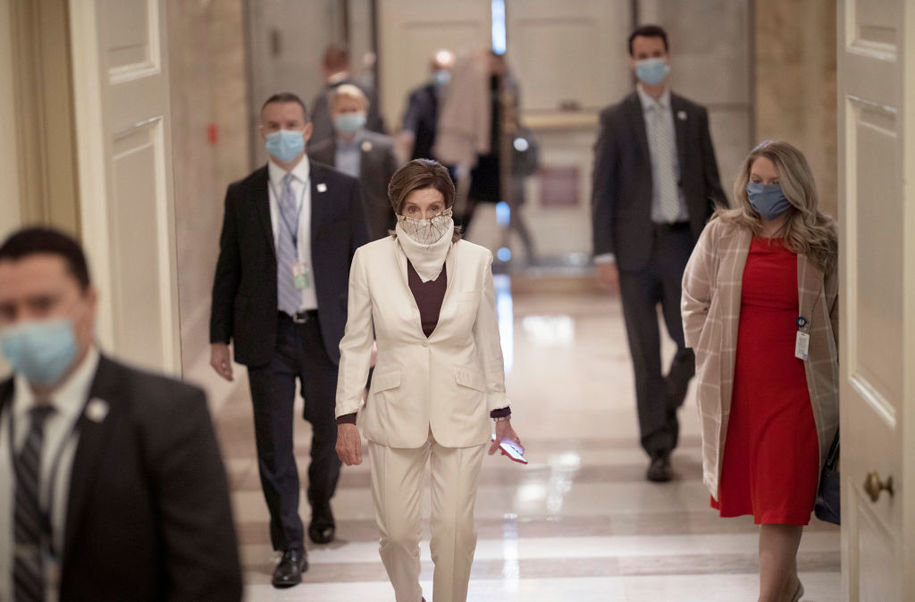 “Disinfectant in the body Ã¢ÂÂ you know what they call that? They call that embalming, that’s the medical term.” @SpeakerPelosi on President Trump’s request to look into the possibility of injecting disinfectant as a treatment for the coronavirus #CNNSOTU pic.twitter.com/XxGWnS2GxQ

Dr. Birx also appeared on this morning’s State of the Union. Tapper asked the White House coronavirus task force response coordinator about the disinfectant musing as well, which especially shouldn’t have been a surprise given that her facial expression went viral. In his words: “What should the American people know about disinfectants and the human body?”

First, Birx talked through points about decontaminants, masks, and DHS studies about the effect of sunlight on the lifespan of the virus, describing Trump’s remarks as a “dialogue.” Tapper pressed Birx on Trump’s proposal to use that science as a way to “treat” coronavirus in the human body. He described her taking a “generous approach” to Trump “musing aloud.” He added: “This is potentially dangerous. I mean, poison control centers got calls from people and they had to issue statements.” This is true: Lysol already gave a public statement warning people against the internal use of the popular cleaning product. We also already know, as covered by Daily Kos, that one possible treatment Trump hyped to the masses has been deadly.

Tapper asked: “As a doctor, does it bother you that you have to even spend any time discussing this?”

“It bothers me that this is still in the news cycle,” she replied. “I think we’re missing the bigger pieces.” She pushed the need to talk about asymptomatic conditions, young people experiencing the virus, and comorbidities. She said she worries that the right information isn’t getting to the American people “when we continue to bring up something that was from Thursday night.” Given that the “something from Thursday night” was Trump casually hypothesizing about injecting disinfectant and UV rays as possible treatments during a pandemic, this back-bending twist rings in as pretty hard to hear.

Tapper replied: “I would say that I think the source of the misinformation is not the news media on this.”

Here is that back-and-forth.

Ã¢ÂÂIt bothers me that this is still in the news cycle,Ã¢ÂÂ Dr. Deborah Birx says about Pres. TrumpÃ¢ÂÂs disinfectant remarks. Ã¢ÂÂI worry that we donÃ¢ÂÂt get the information to the American people that they need when we continue to bring up something that was from Thursday night” #CNNSOTU pic.twitter.com/eu9n1jCVkO

Birx made a similar complaint when appearing on Fox News late Saturday night, suggesting that the media is “very slicey and dicey” in “the way they put together sentences in order to create headlines.” She went on to put the “responsibility” on the media to “really ensure” that headlines “reflect the science and data” that’s in the piece. The irony of this conversation happening on Fox is incredible.

Rohingya crisis: Hundreds of refugees stranded in boats at sea