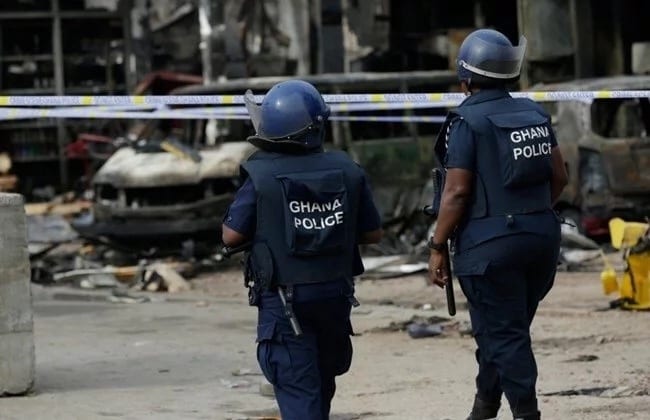 12
SHARES
64
VIEWS
Share on FacebookShare on TwitterShare on WhatsApp

The Nana Addo led government has done the unthinkable yet again by arresting a police officer who spoke against theirbad leadership on social media.

The officer stationed at Prampram was detained for misconduct by the Tema Regional Police Command after hurling insults at the President and his Vice during an online show hosted by the embattled Media personality, Captain Smart, according to Police wireless message sighted by Kasapafmonline.com.

“Our leaders are very stupid and stubborn. They don’t reason at all. Ghana is sick. Number 1 is sick and number two too is sick,” Dzemeki wrote in the comment section on Facebook during the Smart Show.

Dzemeki since his abusive publication has been hauled to face disciplinary action by the Ghana Police Service.

He was released on Thursday but ordered to report to the Regional Police headquarters today, Friday, May 28, 2021, at 1000Hrs to come before the Deputy Police Commander for further action.

Done taking over as President in 2017, Akufo Addo has niched a bad name for himself by consistently going after those critical of his government.