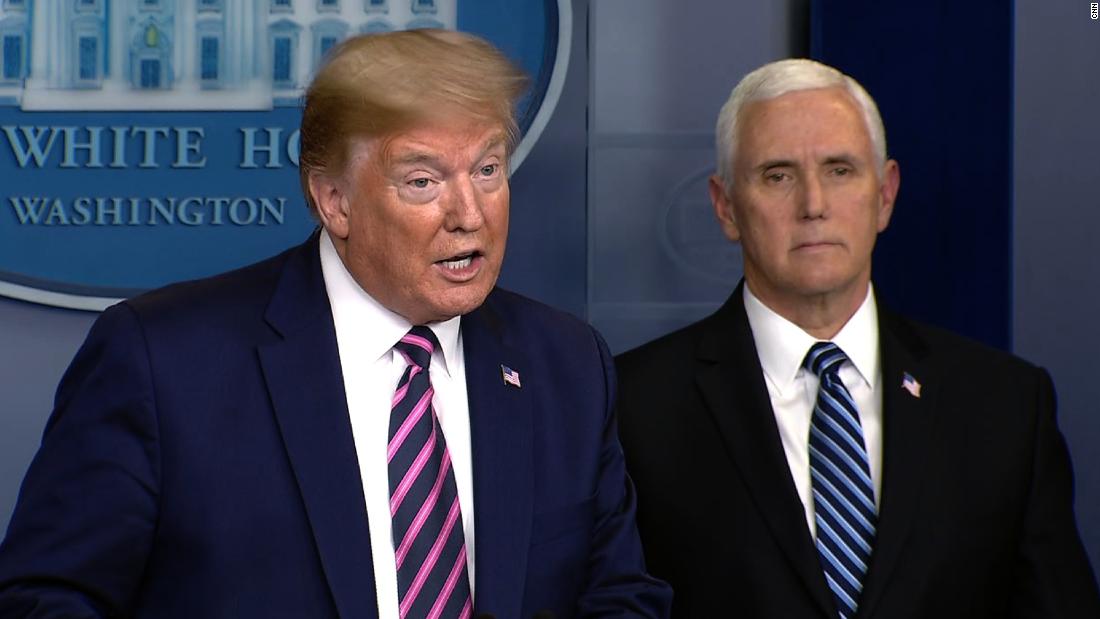 The President on Thursday did something so incredibly bizarre, some folks are having trouble wrapping their heads around it. After hearing from a Department of Homeland Security official about ways the biology of the novel coronavirus was being studied and the virus’ susceptibility to sunlight and ultraviolet rays in the air and to disinfectants on nonporous solid surfaces, such as doorknobs, the President mused aloud about injecting ultraviolet rays and disinfectant into the human body.

“And then I said supposing you brought the light inside the body, you can — which you can do, either through the skin or in some other way….Then I see the disinfectant knocks it out in a minute, one minute, and is there a way we can do something like that by injection inside or almost a cleaning. Because you see it gets in the lungs,” Trump said.

Injection of disinfectant into the human body, it’s the kind of musing that is so nonsensical children laugh about it. It’s also the word of the President of the United States of America, a man so beloved and trusted in some circles. Government emergency tip lines had to issue warnings for constituents to not use disinfectants to treat the virus. Lysol had to issue a public warning to consumers that under no circumstances is internal admission of disinfectants appropriate.
After the President’s statement, his new press secretary who is apparently so eager to defend her boss she seems to not understand that we can all hear the words she says and read the words she issues. She claimed that the President had been taken out of context. He of course had not. His musings were there for all to see and hear. And then the President undermined his own press secretary by claiming he had been sarcastic and he was challenging reporters, which was just a bald-faced lie.

“Some doctors felt they needed to clarify that, after you …” the reporter said.

“Well, of course, all they had to do was hear — just you don’t know the way it was asked. I was looking at you,” Trump said.

“No sir. I wasn’t there yesterday,” the reporter said.

We’re running out of words to describe this era. Republicans in Congress and in the Trump administration know that not only is the President failing to rise to this moment to, for example, get the nation on a path to wide spread testing, the President’s now making open ponderings about treatments that experts worry could actually harm people.

His a-scientific, anti-scientific musings have been dangerous. We saw this with his weeks of downplaying the virus. Two months ago today, the President said he’d done a good job since the US had only 15 cases which would soon go down to almost zero. Then the President was pushing the use of hydroxychloroquine. “What have you got to lose,” he said. Well, the FDA on Friday issued a caution against the use of that drug outside a hospital or a clinical trial due to the risk of heart rhythm problems.

Republican leaders need to acknowledge the reality of the situation. They need to intervene. They need to convince President Trump to defer to the experts and focus on the needs of not his ego but the sick and the dying and the people trying to care for them.

There is going to be a history of this era written and those who are pretending this irresponsibility is not happening, they will be remembered as villains.