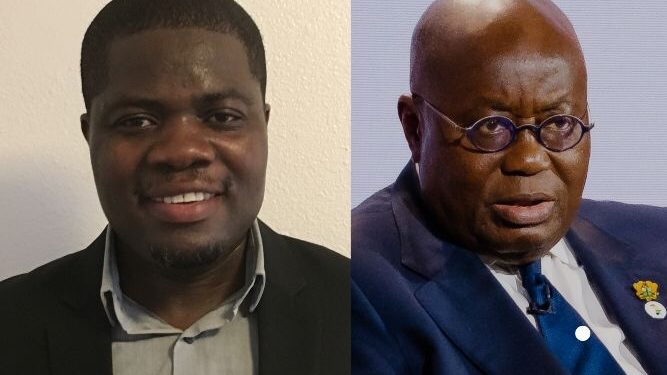 40
SHARES
221
VIEWS
Share on FacebookShare on TwitterShare on WhatsApp

Since Akufo Addo and his government took over on 2017, they have used some disturbing approaches in fighting against galamsey.

With hundreds of excavators missing in secured places after they were confiscated, it has become evident that the government is only driving away other small scale miners to hand over the concession to party members.

The last few days has been very chaotic with respect to mining issues in Ghana.

As we speak, one person was shot dead in the western region when a town in the Ellembelle district in the Nzema area came face to face with military men.

Dr. Solomon Owusu a mining engineer based in America has put together the below piece giving details of how these events in the mining sector are a serious threats to National Security amongst others.

Riots associated with mineral concession struggles in Ghana result in dire consequences for the nation, in terms of loss of investor confidence and political instability. These conflicts are serious national security issues that the government should upscale its game to deal with them immediately. I therefore call on the President, Nana Akufo Addo to ensure that the heads of law enforcement institutions in Ghana, including the IGP, Interior Minister, Chief Justice, Attorney-General and the National Security Minister execute their constitutionally sanctioned duties diligently and effectively devoid of favouritism and selective justice.

Again, the Lands and Natural Resources Minister and his Deputies should expedite their efforts to change the whole artisanal and small-scale mining status quo to ensure environmentally-friendly and sustainable operations. The fundamental problem is that the current operational procedures used by both the illegal miners and the legally licensed small-scale miners lead to water pollution and land degradation, unlike the standardized practices followed by the large-scale mining companies. The authorities should stop the politicization of the galamsey problem and adopt a holistic approach in dealing with the canker from professional and technical perspectives.

Considering the investor-distrust, many large-scale mining companies find it difficult to rely on countries with horrible investor confidence index. During the feasibility studies of mining projects, quantitative analyses of investment risks areconsidered to evaluate the viability of a project’s success in terms of political stability and profitable returns. Encroachments and riots are key factors in mining areas that delay productivity and hence, immensely degrade the confidence index in mineral investment decisions.

A typical example is how galamsey invasion contributed to the temporary shutdown of Anglogold Obuasi Mine in 2014. Also, the invasion of illegal miners, including some foreign nationals on Asanko Gold Mine concessions in the Manso areas in the Ashanti Region is impeding the development of the company’s Life of Mine Planning.

After the preliminary investigations into the three mining riots in Tarkwa, Ellembelle and Akyem Asunafo within two weeks in the Western and Eastern Regions of Ghana, it is established that two fundamental issues created that chaos. These are concession ownership issues between two small-scale mining factions and land encroachment into large-scale mining concessions.

The riot that happened on Friday April 1, 2022 at Akyem Asunafo in the Atiwa West District in the Eastern Region was due to misunderstanding of mining concession ownership between two small-scale mining factions. The disorder led to death of one person and recorded degrees of injuries of several others.

At Teleku-Bukazo in the Ellembelle District in the Western Region, a shooting incident happened on the same last Friday,April 1, 2022. It was due to arrest and prosecution of illegal miners who encroached on a mining concession owned by Adamus Resources Limited, a large-scale mining company in the area. The military fired gunshots, leading to loss of life of one person and injuries of several others. The Tarkwa conflict on March 23, 2022 involved two small-scale mining groups due to concession ownership problems.

The riot caused the death of one person with various degrees of recorded injuries to others. Looking at the root cause of the problem, it is fair to suggest that negligence from the law enforcement agencies in the Western Region contributed to the unfortunate incident.

Okobeng Mining, owned by Nana Amponsah, popularly known as Okobeng was operating illegal mining on Adamus Resources concession that contained appreciable amount of gold in 2019. The company reported the encroachment activities of Okobeng to the Lands and Natural Resources Ministry and the Minerals Commission, which is the regulatory body of mining activitiesstopped Okobeng from operating on the concession.

The illegal miner was not arrested like it happened to other illegal miners in Ghana. Knowing that Adamus was not operating on the site at that time, the Ministry officially requested for the release of the site to support the Community Mining Scheme and the companyaccepted the proposal. The Ministry took this initiative with good intentions to create employment opportunities for the youth and also enhance the socio-economic development in the area.

After realizing that Adamus had released the same concession to the Community Mining Group, Okobeng decided to fight for the concession by resorting to using murderers, instead of seekingfor legal redress. In December 2021, the Western Regional Police Command intercepted a purported assassination plot conversation voice recording between Okobeng and a leader of some unknown assailants. In the tape, they were planning to kill the Manager of the Community Mining Group, Mr. Emmanuel Kutubebi and another person called Mr. Adjei Ben. During the conversations, Okobeng promised to provide the assailants with a pump action gun to help expedite the killing assignment. Also, he instructed the gunmen to monitor Emmanuel’s locations and kill him instantly. The police managed to arrest the assailants and upon interrogations, the suspected assassins disclosed that Okobeng contracted them to cause the planned murder.

He was subsequently arrested and proceeded to Takoradi Circuit Court “A” together with the suspected assailants on Tuesday, January 11, 2022. Surprisingly, the Judge granted all of them bail after they were charged with conspiracy to commit murder.On March 23, 2022, alleged assailants from the Okobeng’s group bushwhacked to attacked Emmanuel and his team on the Tarkwa-Bonsaso highway.

The killers who were driving a white Toyota Corolla saloon car with registration number GM 8700-13, killed one person and injured several others in a riot. The Tarkwa police retrieved dangerous weapons from the attackers, including 2 foreign pistols, 10 machetes, 2 jackknives and a pump action gun. Amazingly, Okobeng who allegedly hired the murderers to commit this despicable crime has since not been arrested.

The big questions are; (1) Is Okobeng above the law? (2) Can anybody also hire assailants to kill other people and walk freely like Okobeng? (3) Is he a special citizen, such that his involvement in barbaric act is not punishable by law? (4) Is Okobeng governed by a different constitution than any Ghanaian? (5) Why was Okobeng not arrested for operating mining but ordered to stop instead? (6) Were the Operations Vanguard guys still operating in the Western Region in 2019 when Okobeng was operating illegal mining on Adamus Resources concession? (7) Why was the galamsey crackdown selectively applied, leaving Okobeng as untouchable illegal miner? This selective justice in this despicable crime gives cause for concern, especially as it relates to the safety and security of the citizens.

I therefore call on the heads of the law enforcement institutionsin Ghana, including the IGP, the Chief Justice, the Attorney-General, the Interior Minister and the National Security Minister to ensure that the laws are fully applied and the perpetrators involved in all the recent and possible future mining-related riots are severely punished to serve as deterrent to others.Considering the seriousness of the riots in Tarkwa, Ellembelleand Akyem Asunafo, the cases should be expeditiously probedto avoid denial of justice due to unnecessary delays. This can help calm down nerves and avoid future potential civil disorder.

Small-scale mining is associated with many significant challenges but it is difficult to stop the sector in entirety. However, the sector can be effectively managed to create millions of productive and lucrative employment opportunities for the Ghanaian youth. Unfortunately, the sector has been politicized instead of properly and holistically formalizing the activities from professional and technical point of view.

The continuous global demand for minerals, particularly precious metals such as gold has made mining a remunerativebusiness, which has attracted youth participation. Currently, Ghana is the largest gold producing country in Africa and ranked sixth in the world. The Artisanal and Small-Scale Mining (ASM) operations contribute between 30% and 40% of total gold produced in Ghana. The ASM sector constitutes Licensed Small-Scale Mining, Illegal Mining popularly known as “Galamsey” and the recently established Community Mining. Generally, the sector supports traditionally agrarian rural households to build more resilient and diversified livelihood strategies. It is a “get-rich-quick” activity and an important source of minerals and metals. The sector has been practiced for more than a century in rural communities in Ghana and the proceeds contribute remarkably to the growth of the local economies.

Although a moneymaking venture, the ASM business exposes miners and communities to environmental, health and safety (EHS) problems. It is obvious that the drinking water sources inareas where ASM is pervasive are significantly contaminated with heavy metals of notable public health and ecological concern.

However, if the suggested 8-point aforementioned guidelines can be considered and effectively executed by people with knowledge and experience in the mining discipline, the associated menace and the riots can be controlled to enable Ghanaians to witness environmentally-friendly small-scale mining operations that can lead to sustained economic growth and high-yielding mining employment across Ghana. 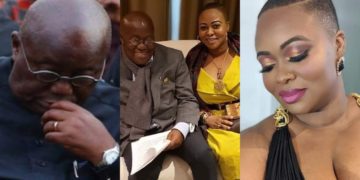 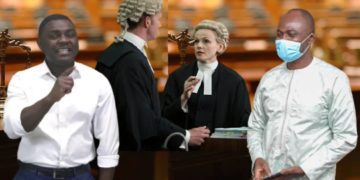 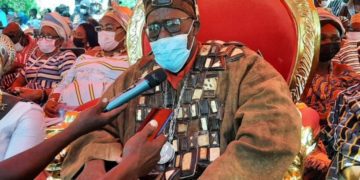 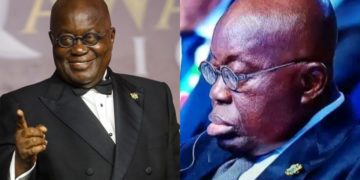