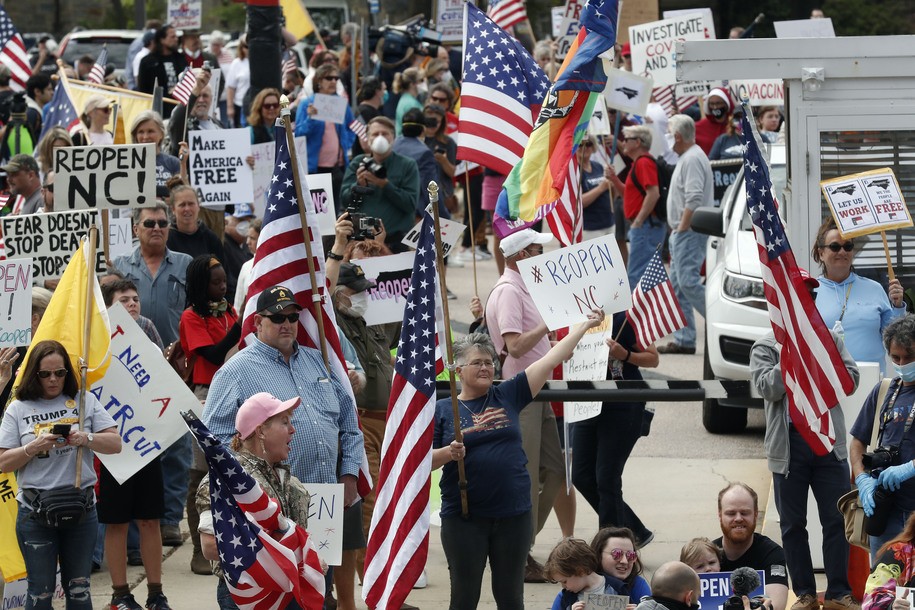 From the “We Tried To Tell You” files comes a cautionary tale from North Carolina. On April 21, North Carolina’s MAGA contingent took to the streets to demand businesses reopen and get back to business as usual despite the fact that COVID-19 cases are still surging, there are still no reliable antibody tests, no vaccine, and most importantly, the body count is still climbing. With the help of a shady network of right-wing organizations promoted by Fox News, these “reopen” events took off nationwide.

Now one of the “Reopen NC” organizers says she tested positive for the novel coronavirus. According to ABC 11, Aubrey Whitlock shared the news on the “Reopen NC” Facebook page, which can only be viewed by members. Whitlock said her 14-day quarantine period ended on Sunday and she was asymptomatic, but when contacted by ABC 11’s Jonah Kaplan about whether Whitlock had attended rallies the last two Tuesdays, Whitlock simply said, “No comment.” If she did attend, she risked the lives of hundreds of her fellow neighbors. Whitlock did confirm that she planned to attend a rally this week.