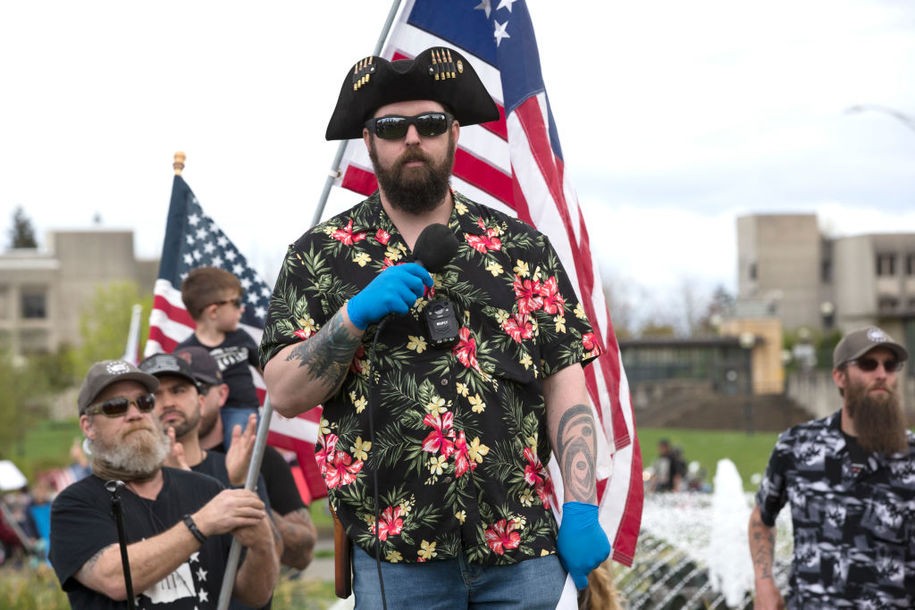 It’s not as if corporate owned and operated Republican Party is being particularly tricky. Exactly as they did during the Tea Party “movement,” billionaires and corporations have stepped in, hand in glove with Republican campaigns, to fund and promote a group of reopen protests. These protests were genuinely tiny, sometimes no more than a few dozen people, and yet the media has them far more coverage than protests that have literally involved millions. Again … exactly as happened with the Tea Party.

Then, as NBC reports, Republican governors have pretended to respond to this pent up demand by not just declaring that they’re reopening their states, but by inviting companies to pitch away employees without consequence. On Monday, Reynolds made it clear that anyone who fails to show up at their job is considered to have “voluntarily quit.” It doesn’t matter if they have a medical condition that would make them particularly at risk from COVID-19. It doesn’t matter if they share their home with an elderly relative. It doesn’t matter if they just want to be a good citizen.

And it goes beyond just being kicked to the curb. Because Iowa officials are encouraging companies to report employees who don’t show up promptly, and sent warning about weekly fines for anyone who attempts to file a “fraudulent claim” of unemployment. All of this, after the federal government has just issued trillions of dollars in emergency funding that is supposed to help workers … but is going to companies.

Republicans have demonstrated, again, just how easily they can convince a handful of low-wage workers to become the face of their own destruction. And how easily they can get the media to report tiny groups as though there is a huge “movement” eager to do corporate bidding. In the process, everyone will ignore polls showing overwhelming opposition to reopening too soon and never mention just how puny these protests really are. They also never seem to mention that, while Republicans are fast to claim that shooting victims are “crisis actors,” the people showing up at these reopen protest are the same assholes who show up anytime Fox calls, to wave AR-15s and threaten the “Bugaloo.” They don’t give a flying f#ck about workers, or about any other issue. They only care that they get to show their guns on TV.

The next step: Watch how often the media reports on the line outside barbershops that have reopened, or talks to happy restaurant owners who want nothing more than to figure out how they can fit in more people. This is the “Come on in! The Water is fine!” stage, in which the majority of people trying to protect their health are portrayed as the kooks, while those going out and taking a deep breath of virus are the new regular folk.

Donald Trump may have been blunt in ordering meat packing companies to remain open, even though dozens of workers are ill, and the situation is in no way safe. But though Trump may have explicitly ordered workers to lay down their lives for his chicken nuggets, the whole Republican scheme has scarcely been more subtle.

Create corporate funded protests. Provide corporate media coverage. Pretend that Republicans are acting in response to the needs of workers, rather than corporations.

And above all else, this whole scheme is designed to screw workers. Screw them. Force them into a no-win situation where they have to literally risk their lives and the lives of others, or walk away without a dime of the unemployment pay they earned. Meanwhile, corporations are sitting on loans that were supposed to go to providing payroll … just guess where that money will end up.

The next pandemic could be even worse (Opinion)

The next pandemic could be even worse (Opinion)