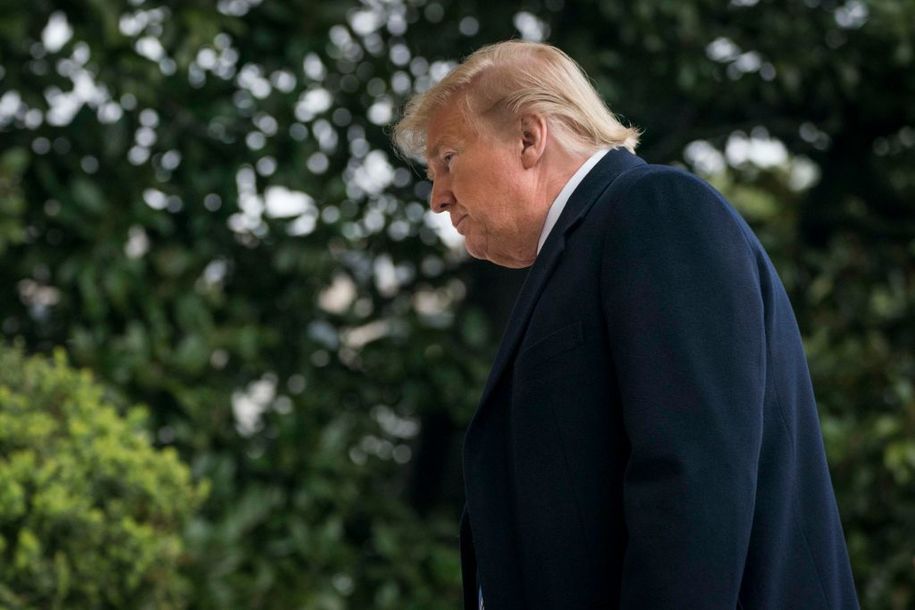 In Florida, for instance, Trump mini-me Gov. Ron DeSantis has actually seen his approval ratings sink by at least a handful of points amid the pandemic, while most other governors have seen a double-digit spike in their approval ratings. The Sunshine State is a nonnegotiable for Trump and while DeSantis was very popular precoronavirus, Trump could now be saddled with a governor who allowed raucous beach parties in his state as the virus took hold around the country.

But even if Trump prevails in Florida, two states he also needs—Wisconsin and Michigan—are looking worse for him all the time. Republican lawmakers and the GOP-leaning state Supreme Court just forced voters in Wisconsin to choose between their right to vote and the very real prospect of exposing themselves and their loved ones to life-threatening illness. It backfired spectacularly. On the line was a critical state Supreme Court seat. The liberal-leaning candidate, Judge Jill Karofsky, prevailed by winning a whopping 28 counties, more than double the 12 counties that Hillary Clinton captured in 2016. Karofsky defeated her Trump-endorsed opponent by a decisive double-digit margin.

“It makes me wonder if there’s something brewing in the weaker elements of the Trump base,” Paul Maslin, a Wisconsin-based Democratic pollster, told the AP. “Is the pandemic fight the final straw that’s going to cause some of this small slice of votes he needs to win these states to back away?”

Michigan, which Trump won by less than 11,000 in 2016, also isn’t looking particularly great for him. Trump very publicly derided the state’s Democratic governor, Gretchen Whitmer, telling Vice President Mike Pence, “Don’t call the woman in Michigan,” among other slights. If anything, Trump’s pettiness has rebounded to Whitmer’s benefit, with her approvals jumping by more than 20 points amid the the crisis despite being the target of protesting by some right-wing pro-Trump groups. Democratic enthusiasm in the state also appears to be soaring with participation in the Democratic primary last month up 32% over 2016. Trump reportedly has zero field offices in the state.

Arizona, traditionally a Republican stronghold, has also turned into a wild card for Trump. The state is looking increasingly purple, with Democrat Kyrsten Sinema’s narrow win in the 2018 race for U.S. Senate and Democrat Mark Kelly in an increasingly strong position to capture the other Senate seat this fall in his race against GOP Sen. Martha McSally. At the same time, Trump’s approvals in the state are slumping and he’s also polling poorly against Joe Biden in the state. Civiqs polling currently has Trump 11 points underwater and trending downward. Biden has outpolled Trump in every head-to-head since the beginning of March.

Trump tweets that states like Michigan and Minnesota should be liberated

Trump tweets that states like Michigan and Minnesota should be liberated