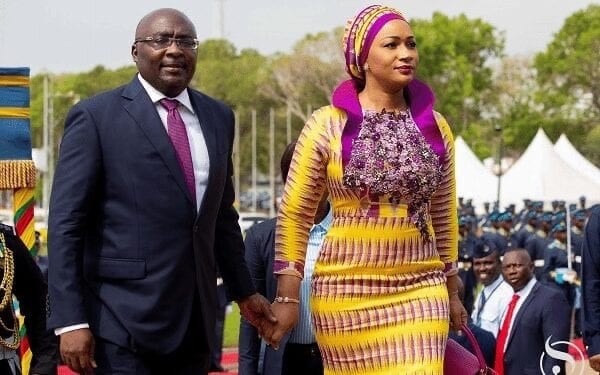 135
SHARES
750
VIEWS
Share on FacebookShare on TwitterShare on WhatsApp

Second Lady Samira Bawumia has announced that she will refund all allowances paid her since 2017, when her husband became the Vice President of Ghana.

A statement issued by her office on Tuesday, July 13 also indicated that Mrs Bawumia will not accept any monies allocated her as per recommendations by the Professor Yaa Ntiamoa-Baidu Committee.

“Mrs Bawumia continues to be committed to the service of the nation,” the statement noted.

It added that she stays committed “to deliver humanitarian interventions and initiatives in the areas of health, education and economic development”.

This comes a few hours after First Lady Rebecca Akufo-Addo also gave up all allowances received since 2017.

She stated that the decision comes in the wake of the negative views that have been expressed against the approval of the payment of salaries to First and Second Ladies in Ghana.

“The First Lady has taken note of the ongoing conversation in the nation , following on from recommendations and the bipartisan approval by Parliament , as mandated by the Constitution as the body which approves the emoluments of the Executive,” her office said on Monday, July 12.

“It is important to state that payment of such allowances existed and was made to previous First Ladies in the course of the 4th Republic , prior to Mrs Rebecca Akufo-Addo becoming First Lady , Mrs Akufo-Addo did not request to be paid any allowance . She only received that which existed and attached to her status , albeit informally.

“That not withstanding , the public discussion has been laced with some extremely negative opinions , in some cases, which she finds distasteful , seeking to portray her as a venal, self-serving and self-centered woman who does not care about the plight of ordinary Ghanaian.

“In view of this the First Lady , in consultation with the President of the Republic has decided to refund all monies paid her as allowances from the date of the President’s assumption of office i.e from January 2017 to date , amounting to GHS899,097.84.”