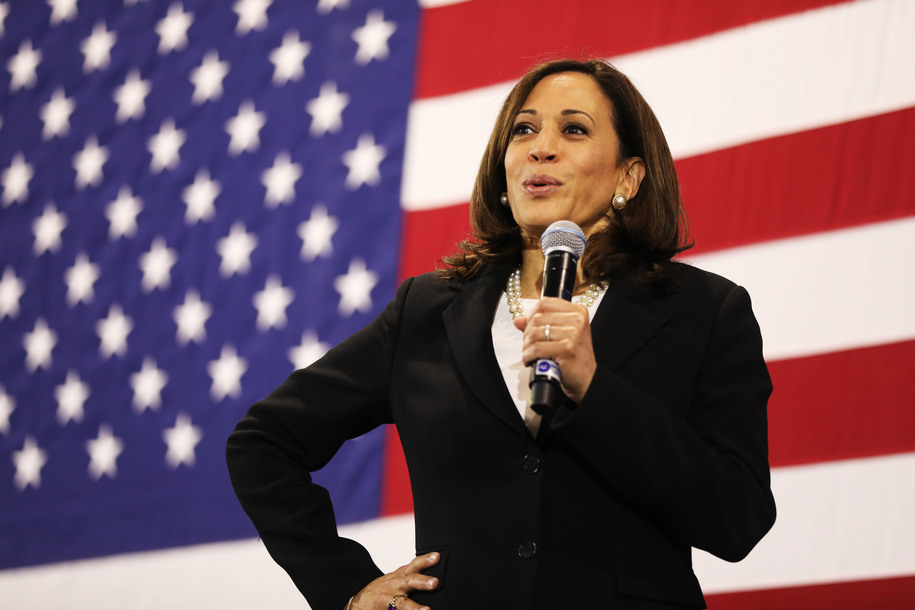 Working closely with various secretaries of state, Harris crafted a bill that would standardize early in-person voting periods, mandating that each state have at least a 20-day period ahead of the November 3rd general election. It would also require states to permit no-excuse mail-in absentee voting for this election, allowing any citizen to submit such a ballot, regardless of explanation. The bill would also maintain minimum due process protections for each voter.

The Harris legislation sets aside $5 billion for this task, considerably more than the $400 million in the recently signed coronavirus relief bill. Half of that would help states establish whatever infrastructure is needed for no-excuse absentee voting and early in-person voting. The other $2.5 billion would come in the form of discretionary grant-funding for states to help improve both safety and accessibility of election systems — including the implementation and promotion of curbside voting, which allows voters to complete ballots safely in their cars while maintaining physical isolation. The grants would also fund improvements in voter registration, polling-place and line management, and training of poll workers.

As The Hill notes, the legislation aims to address inequality in the voting process.

In announcing the proposal, Harris cited the various health concerns that have emerged as some states hold elections amid the outbreak of the novel coronavirus.

“The coronavirus pandemic has highlighted the obstacles many already face when voting,” Harris said in a statement. “Even before the pandemic, Native Americans, Black and Latinx voters, and voters with disabilities too often faced long lines, inaccessible voting locations, and outright hostility by election officials.”

We know that Donald Trump and his Republican cabal will do anything possible to prevent many of us from voting; if this bill makes it through both chambers of Congress, it would more than likely wind up thrown into Trump’s wastebasket. Harris addressed that reality with Smith, pointing out that the reform framework could be used by individual states.

Harris doesn’t believe that this bill may be doomed, but allowed that it could serve as a template for states to file their own similar pieces of legislation. “Absolutely. Absolutely. Absolutely,” Harris said. “And that’s why I’ve worked so closely with the California Secretary of State Alex Padilla and others. This is doable. And I think that there are these moments of a crisis that give us the courage and encouragement to try something that actually may be better than how we were doing it before.”

Harris also appeared on MSNBC Thursday morning, explaining that these reforms are not just about safety—they’re also about accessibility.

Today I announced the VoteSafe Act to ensure voting is safe and accessible during the coronavirus pandemic. No one should ever have to choose between their health and their fundamental right to vote. pic.twitter.com/3mpmoqYPya

The Root’s inimitable Michael Harriot weighed in on Harris’ bill.

Kamala Harris knows how to fight.

When The Root solicited the California senator (for now…hint, hint) for our series on how the novel strain of the coronavirus could impact the not-so-novel strain of white supremacy that has infected this nation for centuries, she didn’t bother discussing how American ingenuity could defeat the deadly disease. Unlike most people, myself included, Harris didn’t spiel off aphorisms about “attacking” the virus, putting it in a headlock and forcing it to submit to the “great American way.” Instead, the former presidential candidate has an entirely different plan.

She wants to use it.

While we could not independently verify Sen. Harris’ martial arts credentials, she did explain her approach to addressing the global pandemic that is wreaking havoc on black and brown communities. Referencing the ancient art of judo, Harris suggested that she and her fellow legislators could use the coronavirus crisis to address the persistent racial and economic divides that plague the country by implementing the lesson of judo founder Jigoro Kano, who said:

In short, resisting a more powerful opponent will result in your defeat, whilst adjusting to and evading your opponent’s attack will cause him to lose his balance, his power will be reduced, and you will defeat him. This can apply whatever the relative values of power, thus making it possible for weaker opponents to beat significantly stronger ones.

Kudos to Kamala. She is fighting the good fight—for all of us.

Researcher: Here's what the new models will tell us

Researcher: Here's what the new models will tell us