She was arrested for trace amounts of weed. Now Shanel Lindsay is transforming the cannabis industry 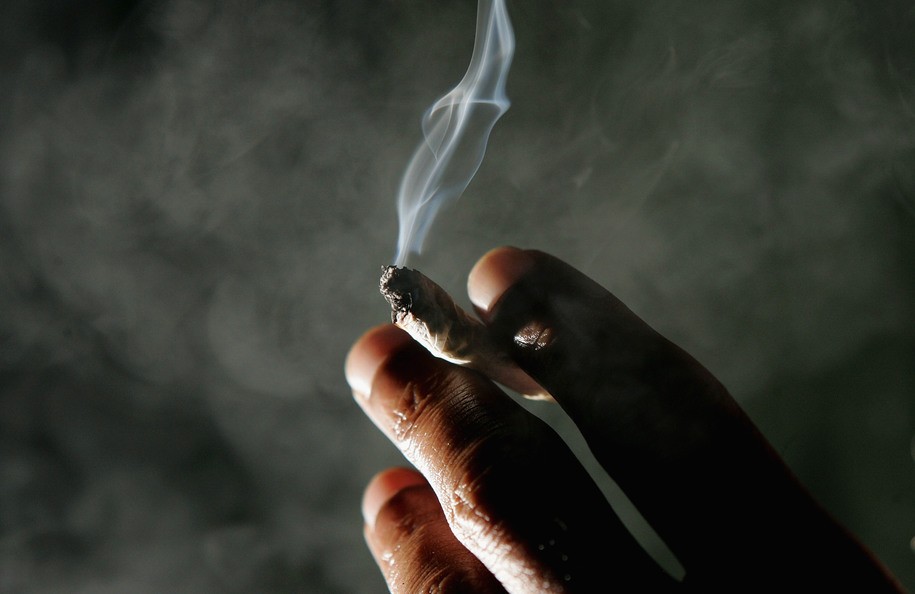 As an attorney, Lindsay was aware of her rights. She requested the weed be weighed—it was 14 grams, or 0.49 ounces. She was ultimately fined $100; under the state’s law at the time, two ounces or less was a legal amount of weed. The possession or use of less than an ounce of cannabis was a civil violation with a penalty of a fine rather than jail time.

Motivated by her mistreatment, Lindsay became dedicated to addressing racial injustice in the cannabis industry and is blazing the path to marijuana equity for her fellow people of color (POC). Lindsay attended regulatory hearings during the Department of Public Health rule-making process for the 2012 medical marijuana law. She felt the law was broad and had limited access for marginalized groups. “Legalization was moving forward, but it wasn’t having immediate effects for Black, Brown, or poor people,” she said.

The war on drugs had led to racially biased arrests and mass incarceration—particularly of people of color, in turn causing the systematic breakdown of family units. According to the ACLU, Black people are 3.73 times more likely to be arrested for marijuana than white folks, although both demographics use similar amounts of weed. In Los Angeles, 53,000 individuals will receive conviction relief of felony cannabis convictions: 32% of those people are Black, 45% are Latinx, 20% are white, and the other 3% are unknown.

Legal change was progressing, but still wasn’t enough. Lindsay decided to try her hand at drafting policy. She believed there could be a policy that both supports a cannabis economy and tries to reverse decades of social injustices such as the over-policing of POC for drug offenses and the lack of economic development, illustrated by a lack of opportunities and inability to build generational wealth and education. In Massachusetts, the net worth of Black families is $8, while white families have a net worth of $200,000. Lindsay believes cannabis can be a tool to build generational wealth for minorities.

Lindsay co-drafted Massachusetts’ 2016 adult-use cannabis law along with fellow POC Shaleen Title. In 2017, Title was appointed commissioner on the Massachusetts Cannabis Control Commission to implement and administer the state marijuana law which enables access to medical and adult marijuana use.

They worked with Northeastern Law School professors to craft equity provisions to positively affect communities harmed by prohibition. According to Lindsay, these provisions included prioritizing delivery and social consumption licenses for residents of areas disproportionately targeted during the war on drugs. It also gave preferred licensing status to applicants who were committed to hiring mainly in economically blighted areas.

Lindsay helped draft regulations that grant delivery and social consumption licenses for cannabis cafes, which were exclusively given to economic empowerment applicants and micro-businesses for the first two years of the legislation. NBC Boston also reports that 75% of applications in Massachusetts’ legal marijuana industry are white, while Black and Latinx people represent just 12% of the marijuana workforce in the state.

“When I look at a leader, looking at how many lives they have positively impacted goes hand in hand,” said Eve Marie Santana, community outreach director at Pure Oasis. “[Lindsay’s] influence in Question 4, which made cannabis for adult-use legal in Massachusetts, set a precedent around the country with the creation of the Social Equity Program.” Pure Oasis hired team members they met at a job fair and careers discussion curated by Lindsay and her team at Equitable Opportunities Now (EON), a non-profit she co-founded in 2016 to ensure the equity provisions were implemented in the legislation. EON provides free legal support to people of color who want to participate in the cannabis industry.

While Lindsay addressed racial injustice through political activism, she was also building her cannabis activist-based company, Ardent, which launched in 2015. She believes cannabis businesses like Ardent have a moral obligation to address the negative repercussions that reverberate throughout communities as a result of over-enforcement and disproportionate punishment.

“I’d like to see the cannabis industry become a spotlight on the need for broad criminal justice reform, education reform, and being the catalyst for renewed funding for reform to move from harming our communities to helping them flourish,” Lindsay said.

Ardent helps fund EON’s job fairs and training courses covering how to start edibles businesses, obtain investors, and procure licenses. According to Lindsay, over 40% of Ardent’s workforce are POC. “I hope more POC will leap into cannabis so we can have a stronger voice,” Lindsay said.

The Massachusetts state treasurer appointed Lindsay to the Cannabis Advisory Board in 2017 as the chair of the Market Participation Subcommittee. Her role is to work toward ensuring industry accessibility for marginalized groups. Through cannabis prohibition, race-based economic disparities have been disproportionately forced on disadvantaged communities. Lindsay advocates for reinvesting marijuana tax revenue into social justice efforts in communities that have suffered from the war on drugs, including the Boston neighborhoods of Roxbury, Dorchester, and Mattapan. Her goal is for revenues to support projects for reducing barriers to education, creating avenues for employment, strengthening families, eradicating homelessness, and improving access to health care.

“Cannabis money should be primarily directed at fixing these generational harms. The businesses which are reaping the rewards know the money is directly tied to the oppression of Black and brown people, and the only reason cannabis is valuable is because it’s restricted,” said Lindsay. Cannabis companies must acknowledge that the industry’s wealth is inextricably linked to generations of harm to people of color. Beyond that acknowledgment, those institutions that reap the rewards must try to reverse the damage and repay the debt.

She was named by the cannabis-enthusiast publication High Times as one of the “Most Influential People in Cannabis.”

“My whole life is cannabis. I wouldn’t have it any other way,” she said. “Being in this business has been hard work, but the reward is to have a hand in helping and making some of this a reality. One of my biggest dreams is to make sure cannabis is part of the regular business world.”

Lola Méndez is an Uruguayan-American freelance journalist. She writes about sustainability, travel, culture, and wellness for many print and digital publications such as CNN, InStyle, and Cosmopolitan, in addition to her responsible travel blog, MissFilatelista.com. You can follow her on Instagram, Facebook, Twitter, Pinterest, and LinkedIn.

Prism is a nonprofit affiliate of Daily Kos. Our mission is to make visible the people, places and issues currently underrepresented in our democracy. By amplifying the voices and leadership of people closest to the problems, Prism tells the stories no one else is telling. Follow us on Twitter, Instagram, and Facebook.