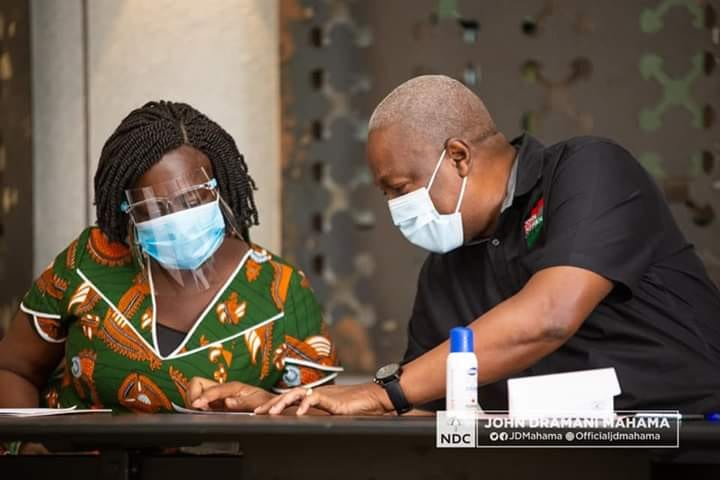 The host of With All Due Respect, Kevin Taylor has asked the water mouth Member of Parliament of Assin Central, Kennedy Ohene Agyapong to shut his mouth and stop commenting on Prof. Jane Naana Opuku-Agyemang integrity.

Mr. Taylor was reacting news reports in which Kennedy Agyapong was reported to have said that no one should compare Prof. Jane Naana Opoku-Agyemang to Vice President Bawumia rather she should be compared with Education Minister, Dr. Mathew Opuku-Prempreh.

This Kennedy Agyapong’s comment appeared to have angered Mr. Taylor who took to his show to tout the contribution of Prof. Jane Naana to the much boosted Free SHS programme of the Akufo-Addo/Bawumia led NPP government.

“Bring your NAPO and your Bawumia and tell me one this that they have done? FREE SHS – thus all they can boast of. Meanwhile, is under the leadership of John Mahama and Jane Naana Opuku-Agyemang that all the E-block SHS school that are now housing the free SHS students were built” – Mr. Taylor said

“The free she that students are going, which buildings are housing them? Are the students attending the free SHS in the sky?” – He fumes

Mr. Taylor also descended on Dr. Bawumia asking “since he has come into front-line politics, what has he done?”. “Bawumia has lied his way through to where he reached today”.

The appointment former Education Minister, Prof. Naana Opoku-Agyemang as the running mate of the opposition NDC’s John Mahama has seen many unpleasant comments from some top officials of the ruling New Patriotic Party (NPP).

Heavy air pollution at Tema Free Zone; one dead, other workers at risk

Rawlings is scared of Nana Addo; he can't campaign for Mahama - Kevin Taylor