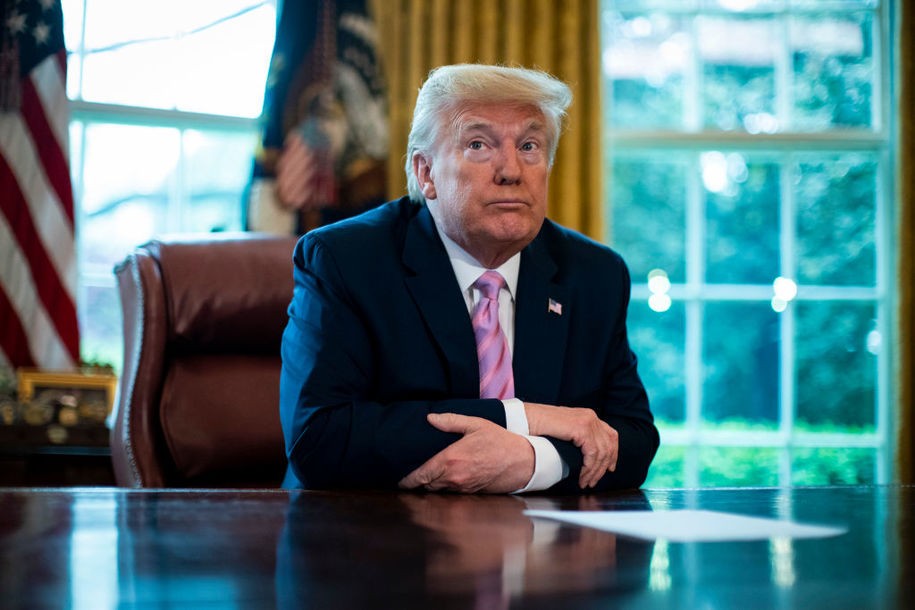 “I am pleased to notify you that as provided by the CARES Act, you are receiving an Economic Impact Payment of $1,200.00 by Direct Deposit,” Trump writes in the letter, according to TPM. “We hope this payment provides meaningful support to you during this period.”

People who receive a physical check will also receive the letter, but the main problem for Trump was the notion that direct deposit recipients might not give him proper credit for all the “incredible” work he’s been doing during the pandemic. Frankly, occupying Trump by making him physically sign letters all day might be the absolute best of use of his time if it keeps him from telling people to ingest bleach and any other deadly advice he might serve up.

Senate Minority Leader Chuck Schumer, however, wants to block Trump from pulling the PR stunt of affixing his signature to any future pandemic relief. Schumer plans to introduce a bill called the No PR Act.

“President Trump unfortunately appears to see the pandemic as just another opportunity to promote his own political interests,” the New York Democrat said in a statement. “The No PR Act puts an end to the president’s exploitation of taxpayer money for promotional material that only benefits his reelection campaign.”

Not to mention the fact that taxpayers won’t be deprived of badly needed relief for weeks on end just so Trump can perpetuate the fantasy that he’s actually doing anything during this crisis besides binge-watching cable news, sending out a few tweets, and promoting deadly “miracle cures” in his spare time.

Stelter: As the US death toll raises, here's what Trump spent time tweeting about

Stelter: As the US death toll raises, here's what Trump spent time tweeting about