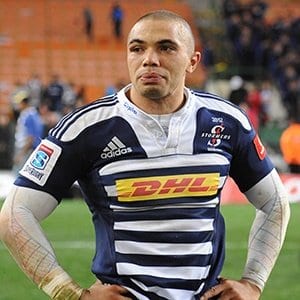 Super Rugby this weekend was due to dish up another South African derby with the Stormers set to host the Sharks at Newlands on Saturday.

It is a fixture that, since the very beginning of the tournament back in 1996, has always commanded interest with the support bases from the two coastal regions are as passionate and proud as any in world rugby.

That suggests that the Sharks have had the upper hand over the Stormers in Super Rugby, and while that is the case, a closer look at the numbers reveals that there has been very little between the sides over the years.

An even more revealing statistic is that, across those 32 matches, the Sharks have scored a total of 649 points to 621 from the Stormers, making for an average score of 20.28 to 19.41 per game in favour of the Durbanites.

Things have been that closely contested between these two franchises since the very beginning, and that was the case once more when the Sharks emerged 24-14 winners in Durban earlier this year after the Stormers had led 14-13 heading into the final 10 minutes.

Arguably the most important fixture between the sides came in 2012 when, for the first and only time, they met in a Super Rugby playoff match.

The Stormers, under Allister Coetzee, had finished top of the South African Conference and combined log and had home ground advantage all the way through to the final.

The Sharks, meanwhile, had just snuck into the playoffs and had to beat the Reds in Brisbane to set up a semi-final against the Stormers at Newlands.

It was a day to forget for the Capetonians as coach John Plumtree’s men scored tries from Louis Ludik and JP Pietersen while there were also 16 points off the boot of Frederic Michalak on their way to a famous 26-19 win.

The Sharks were then hammered 37-6 by the Chiefs in Hamilton in the following weekend’s final.

This Saturday’s match was also likely to be the last time the sides would meet at Newlands, with the stadium set to be demolished next year.

At this stage, there is still no indication when or if Super Rugby 2020 will resume as the fight against the global coronavirus pandemic continues.