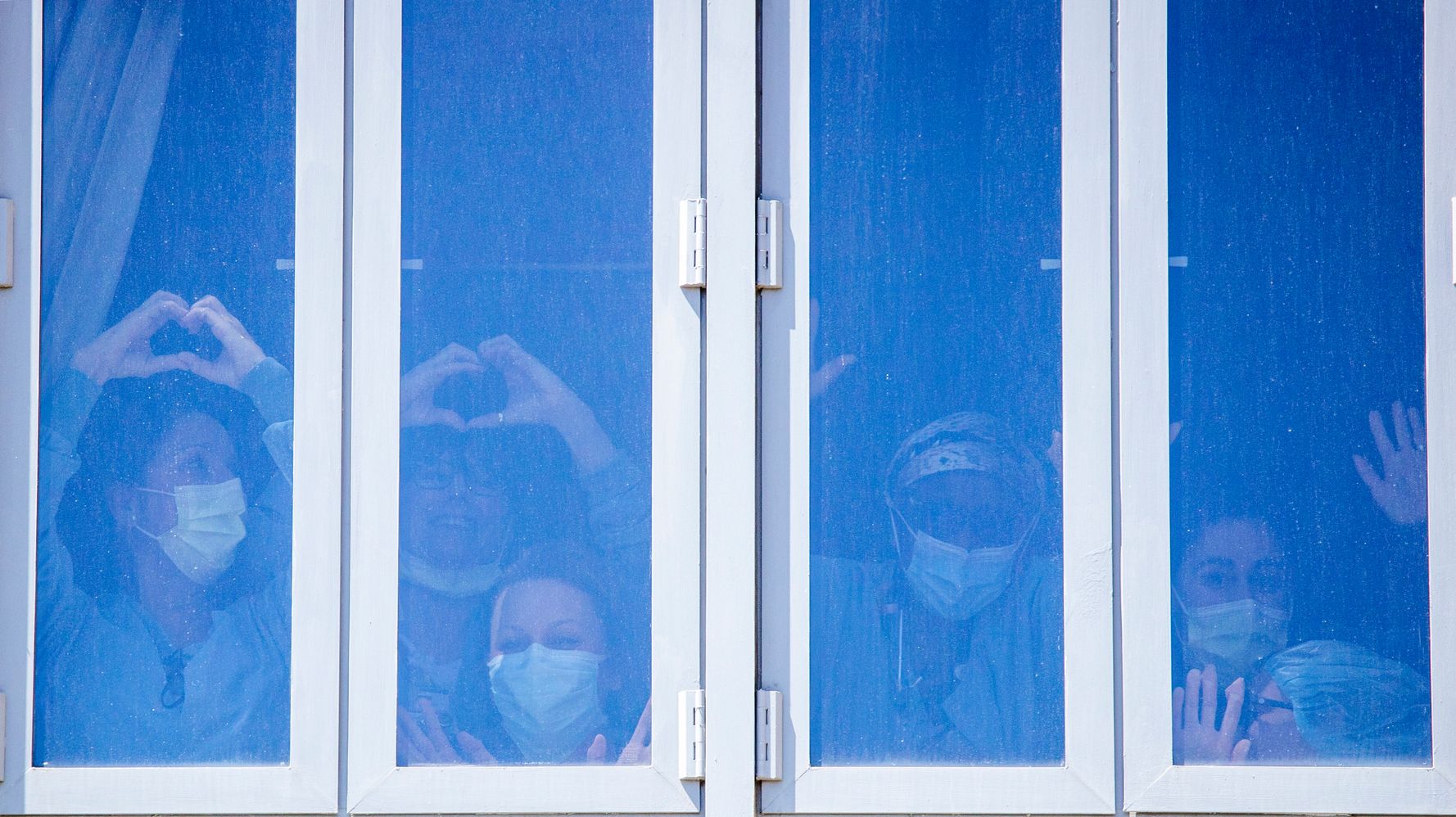 There’s a new silent majority in America: the millions of people who have remained quietly withdrawn from public life in an effort to stem the nation’s coronavirus outbreak.

Over the past week, small protests against stay-at-home orders ― obliquely encouraged by President Donald Trump ― have dotted the nation. Their highly visible frustration, however, doesn’t reflect a wider groundswell of public support for those orders.

Instead, a new set of HuffPost/YouGov polling finds that the overwhelming majority of Americans are supportive of state stay-at-home orders and are making an effort to stay home themselves. Most respondents say that they’d continue to stay home even with no limitations in place. And far more are concerned about states reopening too quickly than taking too long to do so.

This consensus, polling suggests, hasn’t diminished in recent days, even as Americans’ personal concerns about contracting the virus appear to have ticked down from their peak at the start of April. In four surveys over the past month, the share of Americans staying home has remained between 86% and 89%, and the share supporting states’ decisions to issue stay-at-home orders has stayed between 77% and 81%.

In the most recent HuffPost/YouGov survey, conducted last Friday through Sunday, 86% of Americans said they were trying to stay home as much as possible, and about 65% said they’d continue to stay home even if all restrictions were lifted in their area.

Just 15% said there are too many coronavirus-related restrictions in place where they live, with 53% saying restrictions are at the right level, and 23% that there are not enough restrictions.

A 78% majority said state governments that have told residents to stay at home unless they have an essential reason for going out are making the right decision by issuing such orders, with just 9% saying those states are making the wrong decision. Americans said, 60% to 24%, that they’re more concerned that states will lift the restrictions too quickly than that they will not lift the restrictions quickly enough.

Americans were evenly split in their attitudes toward Trump’s handling of coronavirus, the poll found, with 46% approving and an equal percentage disapproving. Polling was slightly more positive toward the U.S. government as a whole, with 47% approving and 43% disapproving of how it has handled the virus.

The HuffPost/YouGov survey is just one of a number of new polls to find widespread support for continued, aggressive social distancing. Taken as a whole, the surveys suggest the response to the coronavirus crisis has to some extent defied the hyperpartisan pattern of public opinion so often seen during Trump’s presidency. As of yet, this crisis has not massively affected overall views of Trump; but neither have Trump’s sporadic calls to reopen the country appeared to affect public unwillingness to do so.

Concerns about the coronavirus intensified rapidly, and across party lines, as the crisis grew. And while there are still significant partisan divides on the subject ― Democrats are more seriously worried about the virus and far unhappier with the government’s response ― there’s also substantial agreement.

Although Republicans were more likely than Democrats to be primarily concerned that states will reopen too slowly, that’s hardly the consensus of the party. Rather, the poll finds, Republicans themselves are closely divided on the issue — and, if anything, lean slightly toward concerns about reopening too quickly.

Use the widget below to further explore the results of the latest HuffPost/YouGov survey, using the menu at the top to select survey questions and the buttons at the bottom to filter the data by subgroups:

The HuffPost/YouGov polls each consisted of 1,000 completed interviews, conducted April 10-12 and April 17-19, among U.S. adults, using a sample selected from YouGov’s opt-in online panel to match the demographics and other characteristics of the adult U.S. population.