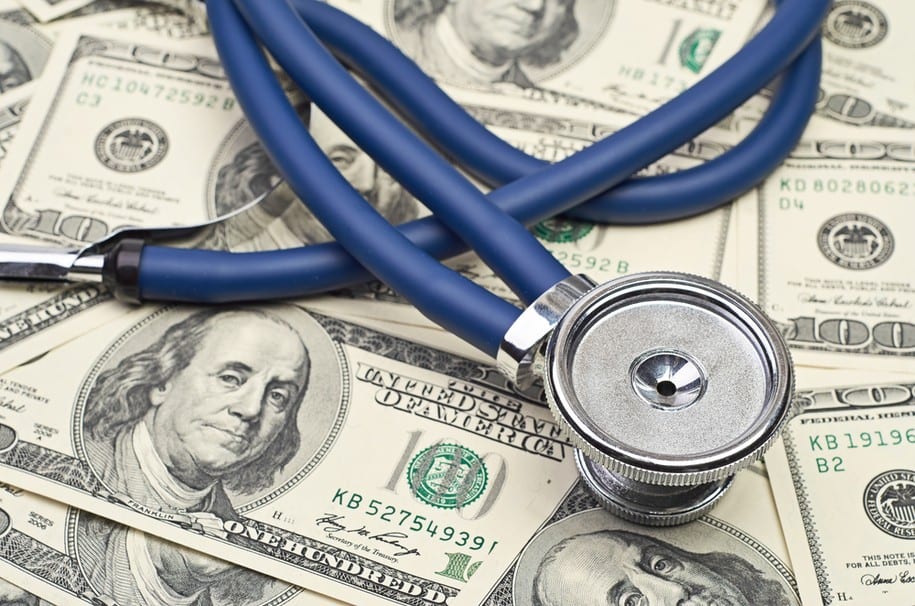 Richardson, 60, got word of the garnishment from her employer just as the coronavirus pandemic was arriving in full force last month. “My job was going to take the money out. They don’t want to get in trouble,” she said. “I spoke with our payroll accountant, and the bottom line was, even though the crisis had begun, they still had to pay my money to them.”

In a moment when hospitals nationwide are being heralded for their role at the front lines of fighting the pandemic, some Americans continue to experience a less favorable side of hospital operations: aggressive collection for unpaid medical bills, even at a time when many of the debtors are seeing their income plunge. Debt collection is occurring on other fronts as well, over unpaid college and bank loans among others, prompting debates over protecting people’s economic stimulus checks from collection agencies or suspending garnishments outright. But collection by the very hospitals that are treating coronavirus patients brings the health and economic exigencies of the moment into especially stark relief. […]

In Richardson’s case, the debt stemmed from a two-day 2018 visit to Johns Hopkins Bayview Medical Center in southeast Baltimore, one of a string of medical visits she has had to make over the years to deal with a knee injury from a fall, a hip injury from a car accident, hernia repairs and back trouble. She had insurance coverage through her job, which at the time was with the state Division of Correction, but it left a balance of almost $1,000 for her to pay. Richardson, who lives by herself in a modest apartment complex just east of the city, started hearing from a collections lawyer for Hopkins last fall and tried to work out a payment schedule with him, but she couldn’t make it work.

“I just didn’t have the money,” she said. “I said to the lawyer, I might be able to pay an amount monthly, but when it came time, I just didn’t have it. What can you do when you’re caught between a rock and a hard place? I prioritize. I’m going to try to pay my rent first, pay for gas and electric, cellphone costs. And I’ve got to eat.” […]

“Can we actually suppose that we are wasting, polluting, and making ugly this beautiful land for the sake of patriotism and the love of God? Perhaps some of us would like to think so, but in fact this destruction is taking place because we have allowed ourselves to believe, and to live, a mated pair of economic lies: that nothing has a value that is not assigned to it by the market; and that the economic life of our communities can safely be handed over to the great corporations.”
~~Wendell Berry, “Compromise, Hell!” (2004)

At Daily Kos on this date in 2012—Improving the situation for low-wage workers requires, first of all, a commitment to full employment:

It shouldn’t be news to anyone that when lots of people are unemployed, it’s tough getting a raise or getting a job that pays as well as a previous one before the lay-offs happened. After all, there was a guy a century and a half ago who talked rather extensively about the negative impact of the “reserve army of the unemployed.” Negative, that is, for workers. For employers, a large reservoir of out-of-work people instills fear in those who still have a job: Don’t ask for more money, do whatever the boss says even if it’s wrong or unfair, don’t talk about starting a union and do put up with all kinds of impositions nobody should put up with because there is always a hungry guy ready to take your place if you get too uppity.

Despite the official end of the recession, the situation for workers remains tough. At last count, there was an average of 3.7 job-seekers for every job opening and some 25 million Americans were unemployed or underemployed. That’s the acute problem. But one of the chronic problems underlying it is the tremendous number of workers who earn low wages who have seen their benefits ever more reduced over the past couple decades and who have no collective bargaining power with which to change these two facts of life. Those low wages aren’t just low; their buying power is less than it was four-and-a-half decades ago.

At the Economic Policy Institute, Rebecca Thiess has analyzed the future of work and come to a number of both obvious and not so obvious conclusions. In a nutshell, she says, government policy directed toward creating access to good jobs for low-wage workers will accomplish more if it isn’t focused so much on raising educational levels or upgraded job skills and more on doing something about the buying power of the minimum wage, loss of health and retirement benefits, and the loss of workers’ bargaining power.

On today’s Kagro in the Morning show: Greg Dworkin continues to unravel the “no worse than the flu” claim, and explain how flu models actually work. The polls still tell the same story: Americans overwhelmingly prefer caution. WH steers $69M to yet another grifter, in ventilator scam.