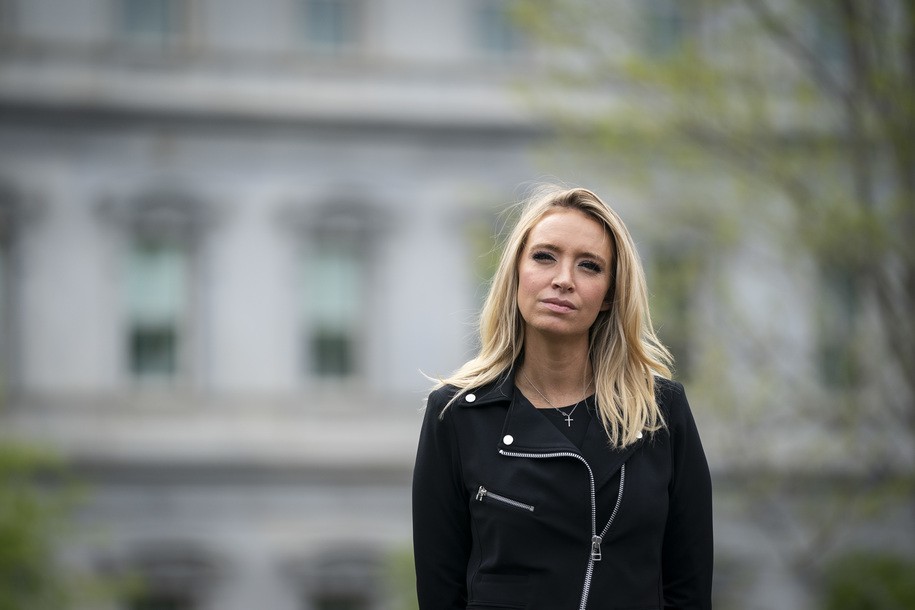 McEnany, a professional attractive person willing to spout right-wing talking points, is still getting her feet wet in a job that requires her to do … something. Probably. In theory. Though that something doesn’t seem to involve any of the duties that usually apply to her position.

Instead, the former head of an overtly racist blog apparently is on hand to get out the mop and clean up for Trump following his daily spew. According to a statement released on Friday, McEnany claims that Trump “has repeatedly said that Americans should consult with medical doctors regarding coronavirus treatment.” Which apparently means that McEnany wasn’t watching when Trump pushed Americans to take hydroxychloroquine for more than a month, including right up to April 18, despite the fact that Trump had already been informed that the FDA and HHS were ending trials into the effectiveness of the drug because it was killing people.

McEnany did not note that when an actual doctor, Anthony Fauci, spoke up at that press conference to suggest that America needs to step up testing, Trump responded by saying: “I don’t agree with him.” In fact, Trump has been playing doctor at these events for weeks. As The Washington Post reported in March. And doing so repeatedly in ways that are encouraging people to take dangerous, unproven treatments because he has a “hunch” or a “good feeling” about something with zero evidence of effectiveness.

McEnany also wagged a finger at the media by saying that they “irresponsibly take Trump out of context.” Which the media apparently did by running the entire press event in full, and then showing clips depicting the whole sequence of Trump’s proposal to treat the inside of the human body like a kitchen counter top.

It’s a bit telling that as McEnany was pointing at the press, Surgeon General Jerome Adams felt compelled to issue a somewhat different statement.

A reminder to all Americans- PLEASE always talk to your health provider first before administering any treatment/ medication to yourself or a loved one.

Your safety is paramount, and doctors and nurses are have years of training to recommend whatÃ¢ÂÂs safe and effective.

Atlanta mayor: It's like we're living in 'Twilight Zone'

Atlanta mayor: It's like we're living in 'Twilight Zone'