The world is scrambling to buy ventilators in the Covid-19 pandemic. This country only has four of them 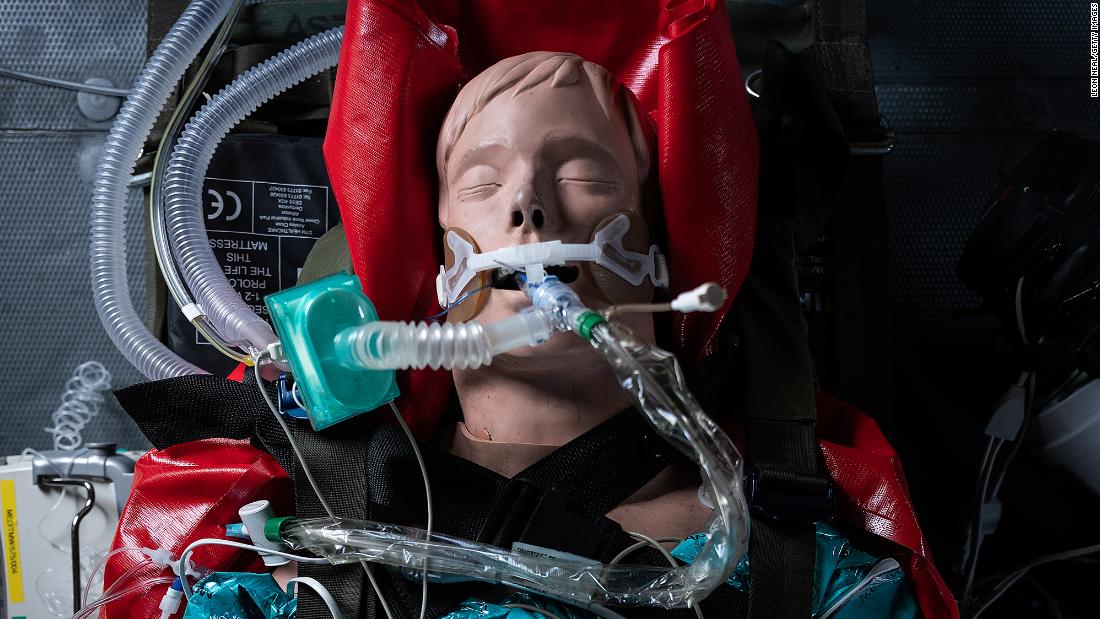 With healthcare systems buckling under the pressure of the virus, which has killed more than 155,000 people, experts warn coronavirus could devastate the countries that lack healthcare equipment and infrastructure.

South Sudan, for example, has just four ventilators and 24 ICU beds for a population of 12 million people, according to data from the International Rescue Committee (IRC).

That’s one ventilator for every three million people.

Burkina Faso has 11 ventilators, Sierra Leone 13, and Central African Republic 3, while Venezuela has 84 ICU beds for a population of 32 million, and 90% of hospitals face shortages of medicine and critical supplies, the non-governmental organization says.

According to the World Health Organization (WHO), around one in every five people who catch the virus need hospital care. Countries worst affected by the pandemic are trying to procure lung ventilation equipment, which assists or replaces breathing for critically-ill patients, pumping oxygen into the blood to keep organs functioning.

US hospitals could need as many as half a million additional ventilators during the pandemic, according to the Johns Hopkins Center for Health Security, and demand for them has soared in US intensive care units as coronavirus patients flood in.
The UK, with more than 110,000 infections, is seeking 18,000 ventilators, while machines taken from the set of a TV medical drama were donated to its largest field hospital, NHS Nightingale. Italy, one of the countries affected the worst in Europe, has distributed more than 2,700 ventilators to affected regions so far, while France has said it aims to produce 10,000 additional respirators and have 10,000 working ICU beds. Germany, which has more spare beds in intensive care units than Italy has altogether, sent 50 ventilators to Spain and 60 to the UK in April.

“Intensive care doesn’t usually offer treatment [for Covid-19], it offers support so that the body can then recover from whatever the underlying illness is,” Dr. Alison Pittard, Dean of the Faculty of the UK-based Intensive Care Medicine, explained. “We need oxygen to breathe. If you can’t get oxygen into your body in adequate amounts for whatever reason, you die,” she added.

Pittard told CNN that between 15-20% of the people hospitalized with Covid-19 require a ventilator, while 70% of patients who enter intensive care need one.

One region under close watch is Africa, which has recorded more than 12,400 cases since the first confirmed instance of coronavirus was recorded in Egypt on February 14, according to the WHO.

Dr. Matshidiso Moeti, regional director for Africa at WHO, said the virus “has the potential not only to cause thousands of deaths, but to also unleash economic and social devastation.”

While the virus was slow to reach the continent compared to other parts of the world, the number of infections has grown exponentially in recent weeks and continues to spread, according to WHO.

Still, experts are reluctant to predict that the virus will take hold on the continent in the same way as it has in Europe.

“All the countries in Africa are responding to this outbreak aggressively,” Dr. Mary Stephen, technical officer at the WHO Regional Office for Africa, told CNN, adding that a lot of countries were actively searching for cases in hotspot areas.

“We have to plan for the worst case scenario, because we don’t want to get to a situation where Covid cases will now take over the entire health system,” she said.

Case numbers in Africa are relatively low, but the high prevalence of tuberculosis, HIV, malaria and diabetes are cause for concern.

“If people are having these chronic conditions and it’s not being diagnosed, we’re not completely sure whether individuals will have other factors that could actually lead to more severe disease,” she said.

Crisis set to have multiplier effect

Above all, healthcare workers and experts are concerned that the virus will hit vulnerable populations already dealing with complex needs, not just in Africa, but in conflict zones like Syria, Afghanistan, and Yemen, which reported its first case earlier this month.

“A big worry is around places where diagnosed capacity is limited. For example, we know that Syria has diagnostic capacity, but currently it’s sitting only in Damascus, and it’s a country in the midst of a massive conflict. So other areas don’t have access to diagnostic testing,” Kate White, Covid-19 medical manager for Doctors Without Borders (MSF), told CNN.

Reakes told CNN she was concerned about how the pandemic would affect already vulnerable populations, pointing specifically to humanitarian crises in Yemen, Venezuela, and Bangladesh, where more than 850,000 Rohingya refugees are living in the crowded Cox’s Bazar refugee camp.

Above all, experts say that when it comes to treating Covid-19, countries with robust healthcare systems respond best to the virus.

Tags: africaThe world is scrambling to buy ventilators in the Covid-19 pandemic. This country only has four of them - CNN
Previous Post