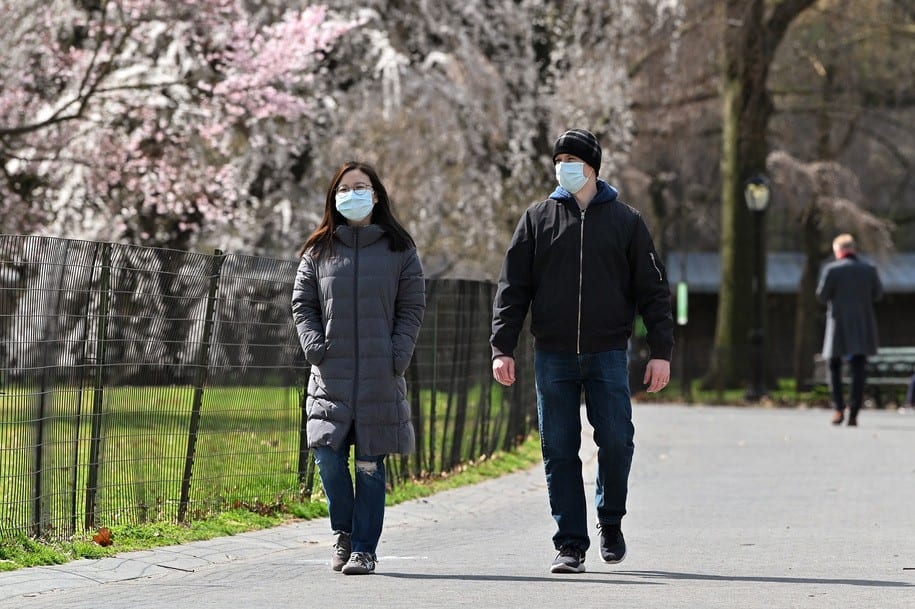 •  Quinn Slobodian takes on the “vulture capitalists” who expect no resistance:

The “thought leaders” in Trump’s recently announced Great American Economic Revival Industry Groups are all from the “free market” think tanks that have advised the GOP since the days of Ronald Reagan—Heritage Foundation, Cato Institute, Hoover Institution, American Legislative Exchange Council—they’re the priests arriving to give their sermon. The church of neoliberalism will be rebuilt and the flash of paradise in the emergency snuffed out.

For the real story, look up. Above the steeple, the vultures are circling. The Wall Street Journal predicts a wave of defaults, bankruptcies, and restructurings. Imperiled companies will see their devalued stock scooped by so-called distressed debt specialists, more commonly known as vulture investors, who make use of the generosities of US Chapter 11 law to strip employees of benefits or offload them to the state before flipping their acquisitions at a profit.

• A flood of self-isolaters are turning their aging brown bananas into banana bread: Google says that banana bread aced out brownies, pizza dough, and pancakes as the most searched-for recipe in the United States and around the planet. That’s in part because the overripe fruit may not be all that appealing by itself or sliced into cereal, but it still makes good bread. Tweeters have noted “Is Covid-19 sponsored by banana bread?” and  “The isolation stages of grief [are] denial, anger, bargaining, depression, banana bread.” In March, model and cookbook author Chrissy Teigen announced she would trade her banana bread for some romaine lettuce that she couldn’t find at her local grocery. “The trade will be made 6 feet apart,” she tweeted. “no funny business.” Apparently the deal was completed in a parking lot without incident. Not all efforts make the cut, however. Molly Algeo, a Brooklyn photographer and nanny, figured she could make banana bread with no problem since she used to help her mom mix the batter when she was a kid. Now 29, she said, “There is a false sense of confidence. Like, I can bake banana bread. Anybody can.” That didn’t work out so well on the first attempt. “My mom was fighting through a slice to make me feel better,” Algeo said. Later attempts, aided by internet research, helped her produce two edible loaves.

• DEA agent accused of stealing personal protective equipment from agency warehouse: The agent and a telecommunications specialist have been accused of ripping off a Drug Enforcement Agency warehouse in Florida, taking unknown amounts of toilet paper, batteries, and equipment designed to protect medical personal from contracting disease from patients they are treating, items that have been in short supply in various hospitals because of the coronavirus pandemic. Both men were suspended and the agent had to turn over his firearm. That’s not the first recent misconduct plaguing the DEA’s Miami field division. One agent has been charged with money-laundering for a Colombian drug cartel, and another was wiretapped to see if he was passing along inside information to Colombian drug smugglers.

• Democratic senators claim fossil fuel industry has infiltrated EPA and are dictating its policies: They filed a friend-of-the-court brief filed in a lawsuit that challenges the Environmental Protection Agency’s pathetic replacement of the Obama EPA’s Clean Power Plan designed to reduce carbon emissions from coal-fired power plants. Short version: the replacement plan will mean many more deaths and ailments will afflict people than would have been the casse under the Obama plan. The lawsuit was brought by the American Lung Association, with support from several state governments, environmental organizations, and 70 members of Congress. Five Democratic senators—Sheldon Whitehouse, Ed Markey, Jeff Merkley, Brian Schatz, and Kirsten Gillibrand—filed the brief. It states that leading EPA officials supposed to regulate the fossil fuel industry have strong ties to it and are pushing policy favorable to it. As Dana Drugmund at DeSmog writes, “Within this context, the senators argue that no court could possibly conclude that EPA is engaged in reasoned, unbiased decision-making.”

Trump’s national security adviser out of sight in coronavirus response

Trump's national security adviser out of sight in coronavirus response