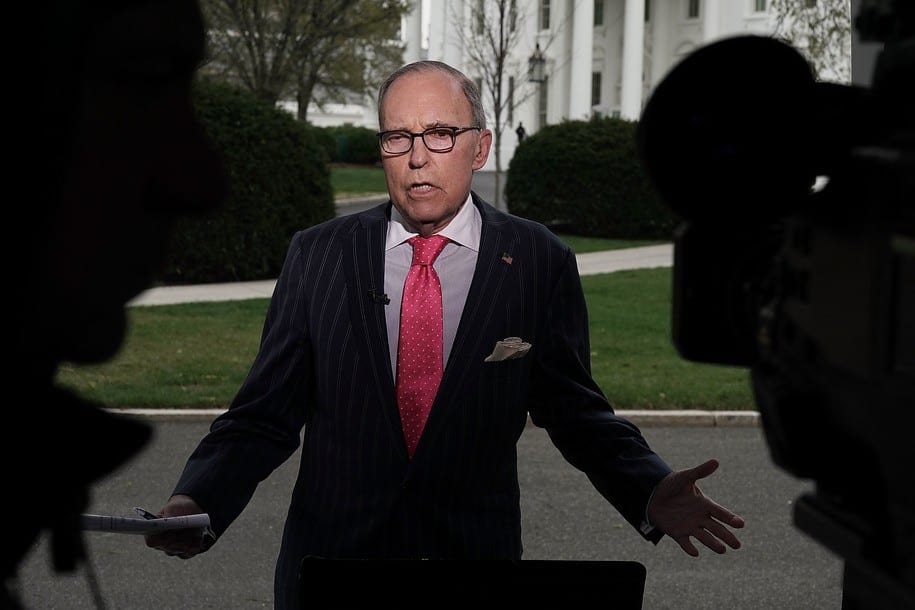 For the self-described “umpteenth time,” Larry Kudlow again appeared on television today to claim that he was right to call the COVID-19 pandemic “contained” in America, at the end of February, but that “the virus spread exponentially in ways that virtually no one could have predicted.”

That’s the defense? That “virtually no one” knew that virus transmission through a population expands “exponentially?” That “virtually no one,” among every last government resource available to President Dear Leader and his assembled hangers-on, “virtually no one” among those world health officials, top government experts, any medical school graduates, most medical school dropouts, anyone who has ever cracked a high school biology book, or the people running the Big Labs That Do Things could have foreseen that a virus would have exponential, nay viral community spread?

That is what Larry Kudlow, top conservative expert-brain in All the Land, is arguing to the television cameras? Still?

Coronavirus: New lows for deaths in France, Spain and Italy