Trump and Mnuchin are letting the banks steal your COVID-19 $1,200 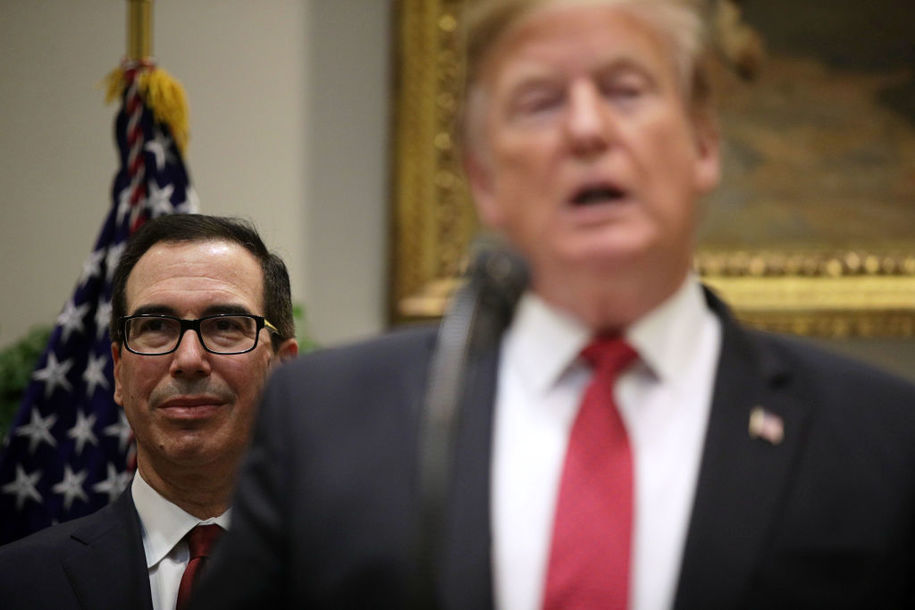 But audio Dayen obtained from a webinar Ronda Kent, chief disbursing officer with Treasury’s Bureau of the Fiscal Service, had with banking officials the official message was that “there’s nothing in the law that precludes” banks from collecting the money. She didn’t say straight out “the money is yours” but that was the message received, one official told Dayen. What the banks heard from her was “We don’t want to say anything explicitly and are telling you to make a business decision,” or as Dayen says “a green light for banks to take advantage of the coronavirus crisis to collect prior debt.”

The official Dayen spoke with said the payments should be considered federal benefits, like Social Security, disability, and veterans payments and exempted from private collection. “This makes complete sense because we don’t want people to die because they have a late loan payment,” they said. That’s exactly what Congress intended, and in fact have asked Treasury to do. Even Hawley teamed up with Democrat Sherrod Brown in asking Mnuchin to exempt the payments. So have 23 Democratic and 2 Republicans attorneys general.

Banks that have accounts customers have abandoned, or “zombie” accounts, are one possibility the official who spoke with Dayen is concerned about. “If you have direct deposit on file with the IRS, the payment is going to that institution even if the account is closed,” the source told Dayen. If the account is actually closed, the money will go back to the government. If it is just inactive, without funds or in overdraft, the bank can take the payment. “There are hundreds of thousands of people out there who use overdraft services all the time,” Dayen’s source told him. “We allow it up to $1,000. Because of the fees involved, the people can’t keep up and inevitably they abandon it, taking the loss and the hit to their credit. I can’t tell you how many accounts we have charged off with $1,000 in them. With those accounts, if that was where you had direct deposit, the stimulus payment will still post to them.” And the bank will keep it. “It’s outrageous, especially since people are forced by the way the program is set up to have the payments go through a financial institution not of their own choosing.”

The immediate fix is simple. This is entirely in Mnuchin and Treasury’s hands—it is absolutely clear that it can and should write rules to make sure the $1,200 goes where Congress intended, into people’s pockets. The longer-term fix is slightly more complicated; finding a way for direct cash payments to go directly to everyone without the complicated route through the banks demands a public banking system. One example Dayen notes is giving everyone an account with the nation’s central bank, the Federal Reserve. Postal banking, where the Postal Service offers basic financial services like checking and savings accounts and short-term loans, is another. There’s existing legislation for that that could be folded into the next big stimulus bill, and it would help save the post office.

But right now, this minute, the Trump administration could fix this. That they’re not, that they’re willing to rob people of the measly $1,200 that could feed their families this month, tells you everything you need to know about the monsters in charge.

Covid-19 outbreak at another hospital – this time at Mediclinic Morningside