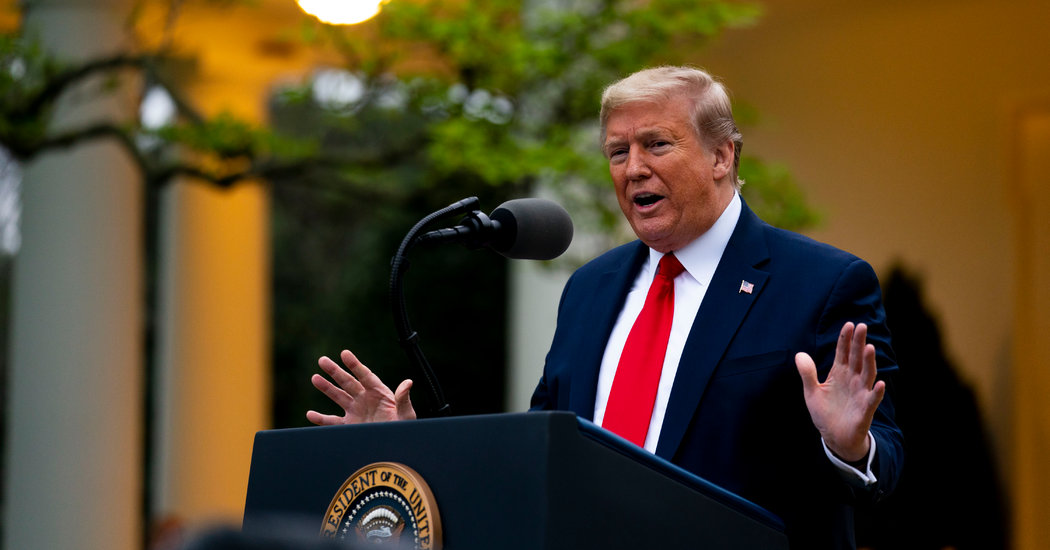 Other names Mr. Trump read off during his evening news briefing, in seemingly no particular order, were Condoleezza Rice, the former secretary of state, whom he described as “another great person”; Scott Gottlieb, his former commissioner of the Food and Drug Administration; and Jim DeMint, the former senator and president of the Heritage Foundation whom Mr. Trump described as “a terrific friend.”

“Those are the names we have on our list,” Mr. Trump said. “The names that are, I think, the best and the smartest, the brightest, and they’re going to give us some ideas.”

When it came to reopening, he said, “it will be at a time that will be earlier than the deadline that we imposed, the end of April.” He added, “We think some of the governors will be in really good shape to open up even sooner than that.”

Mr. Trump said he expected that “the governors will be very, very respectful of the presidency.” He added: “Again, this isn’t me, this is the presidency. The presidency has such a great importance.”

In his public comments, Mr. Trump has toggled between saying he wants to reinforce social distancing measures that the administration’s health experts say are flattening the curve of the virus’s spread, and showing his impatience with having to wait out the effect those measures have had on the economy.

About 17 million people have filed unemployment claims in recent weeks as businesses have closed or shed payroll, and the financial markets remain down compared with last year.

The president has heard from allies outside the administration, and some of his own advisers, that the damage the social distancing measures are causing to the economy outweigh the health benefits of sticking with them.

Chris Cuomo Gets Some Bad News About His Coronavirus Battle From Dr. Sanjay Gupta