Trump declares himself a dictator, bad tweets, and more you might have missed 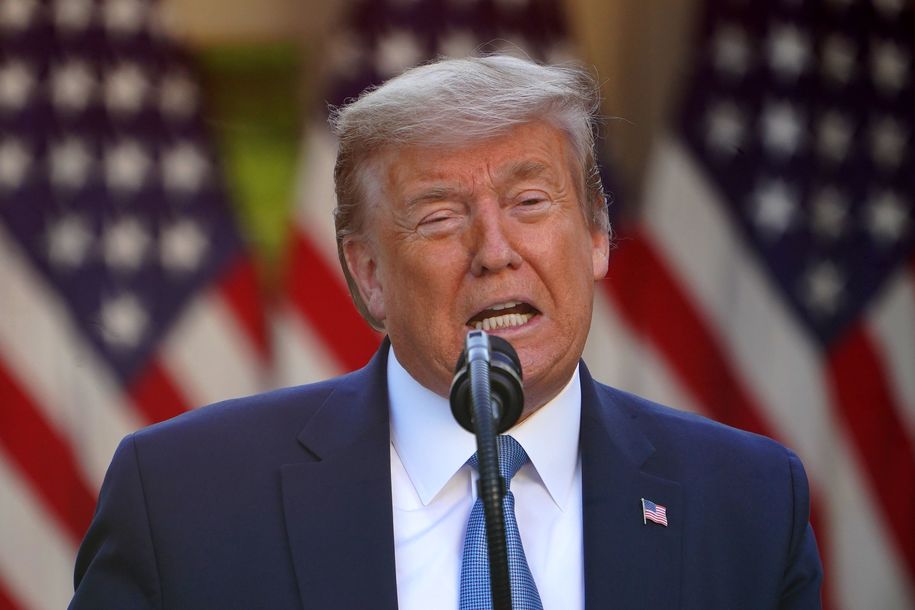 Can you imagine this is an actual message from the president of the United States during a pandemic that has killed 34,000 Americans with no end in sight? As my colleague Steve Singiser was quick to point out on Twitter, all three governors from those states have markedly higher approval ratings in those states compared to Donald Trump. For the most part, citizens trust these governors to protect them. The governors are making public health decisions that are centered on actual science—not just gut instinct from someone who couldn’t pass a 7th grade science exam, which is Trump’s preferred pandemic response.

In truth, Donald Trump has courted the gun-toting former Tea Party people you see above from the start of his campaign back in 2015. He even dispatched a campaign representative to meet with the Bundy clan when they were in the midst of an armed takeover of a government wildlife refuge. That representative, Jerry DeLemus, ended up in prison for his role in another armed standoff with the Bundys in Nevada.

There is something else that’s troublesome about these “grassroots” protests. They may have started three days ago in North Carolina, but suddenly there were similar coordinated protests in Michigan and Ohio, with other planned protests in numerous other cities over the coming days. These protests have a very familiar feel about them, eerily reminiscent of the Tea Party protests that ended up being coordinated by a conservative network funded by the Koch brothers. In fact, they were small groups of people being propped up by big-time funding from the Koch brothers, the DeVos family, and other billionaire donors.

Nothing like “grassroots” protests being suspiciously organized to endanger all our lives for the benefit of…. shareholders at major companies? I guess?

Donald Trump’s team of snake oil salesmen is out and about, trying their darndest to shift all blame for the continuing incompetent federal response to the COVID-19 pandemic onto everyone from China to the Obama administration, while also saying things aren’t so bad. Trump’s Director of Trade and Manufacturing Policy Peter Navarro hit up a few cable news networks to talk about the overtaxed supply chain and how the Trump administration is strong like bull and there’s nothing to see here, and if there is something to see here it’s China’s fault … or maybe Joe Biden’s fault. However, like all con men, Navarro loses his cool when pressed on actual facts, and his interview on CNN with host Brianna Keilar was something to see.

After listening to Navarro explain how great the Trump administration is, Keilar asked Navarro about the ability of the federal government—under Trump—to produce and supply the hundreds of thousands of ventilators that will be needed in hospitals across the United States. Ventilators that will hopefully save people’s lives. It is here that Navarro, taking the racist Republican party line that the coronavirus and the subsequent inability of the United States government to be prepared for a pandemic is somehow all China’s fault.

For everyone in the mainstream media, watch. That’s how you do that.

Any stories you think flew under the radar? Let us know below!

Fauci: There will be enough tests to begin reopening US

Fauci: There will be enough tests to begin reopening US