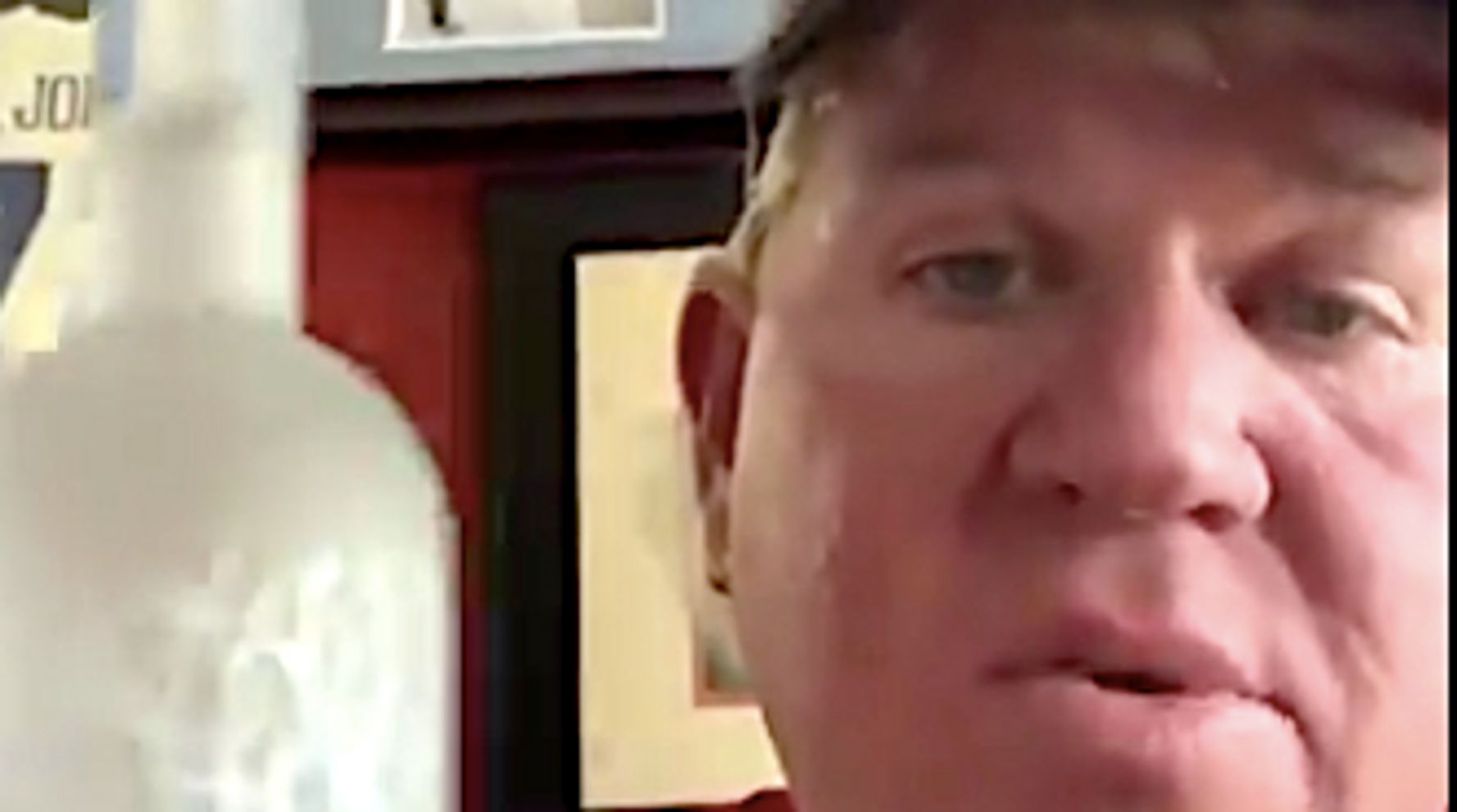 After reports of the tweet appeared in the media, Daly said Monday that the video was done “in fun,” angrily adding: “Grow up, reporters.”

Trump Golf’s tweet sharing Daly’s video is still up. “John, thank you for the friendship. Everyone at Trump Golf loves you,” the golf company’s message reads. It ends with the hashtag “stay safe.”

Daly begins the video by plugging all the Trump golf courses and offering some words of encouragement before announcing: “I kinda got a cure” for COVID-19. He says he only drinks one drink a day, then holds up a full bottle of Belvedere Vodka — and a cup of McDonald’s Diet Coke to sip it with.

“And that’s the way you kill this coronavirus, I believe,” he adds. “Be safe, y’all.”

A big thank you to @PGA_JohnDaly who has always been one of our biggest fans. John thank you for the friendship. Everyone at @TrumpGolf truly loves you! #StaySafe #AmericaTogether pic.twitter.com/coWifMSa3W

Daly lashed out after the video was first reported Sunday in Golfweek, which called the PGA player either “ignorant” or responsible for a “lame attempt at humor.”

“WHO” really did a lot for us didn’t they? Grow up reporters, I did a video for fun to put some laughter in us through this tough time! Y’all are a joke!

Daly’s message, even if it was meant in jest, is a potentially dangerous one, with the added weight of being promoted by a brand owned by the president. The crackpot theory circulating on social media that liquor is a coronavirus cure has made the World Health Organization’s “myth-busters” site.

In fact, alcohol consumption can make people even more vulnerable to COVID-19 because it can weaken the immune system, experts have warned. “Consuming alcohol will not destroy the virus, and its consumption is likely to increase the health risks if a person becomes infected with the virus,” says a WHO fact sheet.

Twitter followers were stunned. One said she reported the tweet to Twitter for promoting a false coronavirus cure, and another quipped that Daly could soon be added to the president’s coronavirus “response team.”

Over 15,000 Americans have died, but as w/ everything trump, here’s @TrumpGolf promoting an old white man that looks more dead than alive, telling everyone that drinking a bottle of vodka a-day, a “sippy, sippy” at a time, washed down with Diet Coke is a way to fight corona. pic.twitter.com/O3PnAV9Zvt

Trump Golf could not immediately be reached for comment.

US source: North Korean leader in grave danger after surgery